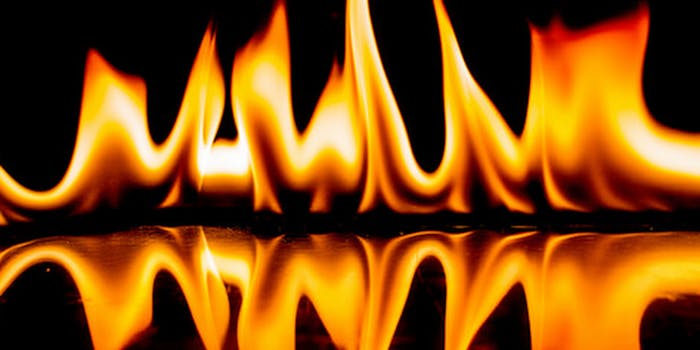 Well that got out of hand.

It’s not unusual for a fraternity to burn their house down—my own alma mater banned Greek life for just that reason—but rarely do we have a perfect Snapchat narrative of the occasion.

BroBible reports that a residential building at Chico State University in California, home to a chapter of the fraternity Sigma Chi, was lately damaged by a fire. Nobody was injured, but in watching a few video snippets, you may begin to understand what went wrong—and why Sigma Chi was suspended by CSU last year, ultimately choosing to sever ties with the school.