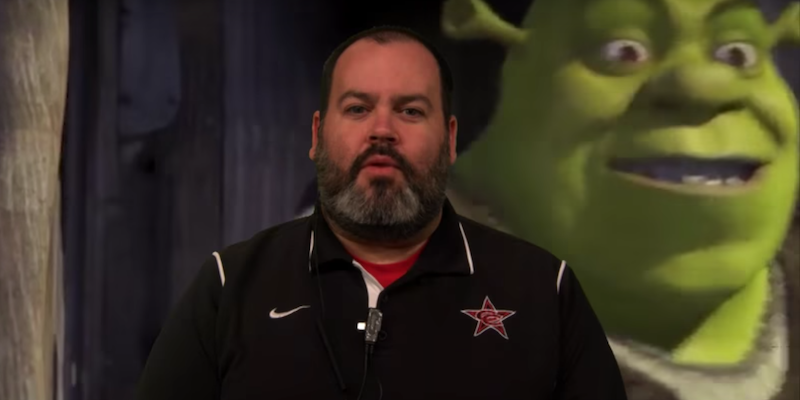 Somebody once told him this would be a great idea.

I’ll be the first person to admit: Despite my employ as person who is supposed to understand the web for a living, I don’t get the internet’s continuing fascination with ‘All Star’ by Smash Mouth.

It’s tiresome and lazy, and while it once was an example of what a meme can be, it should now serve as a monument to how boringly derivative we all are.

That is the work of senior Ryan Storch, who told his school’s principal and assistant principals that he was doing an assignment where he would analyze their vocal tone for stress. He gave them lists of words, which you can guess were out-of-order lyrics to “All Star.”

The video went so viral online that even the folks at Smash Mouth—who have had a decent sense of humor about their memeage—shared the prank.

So yea, this is the best.