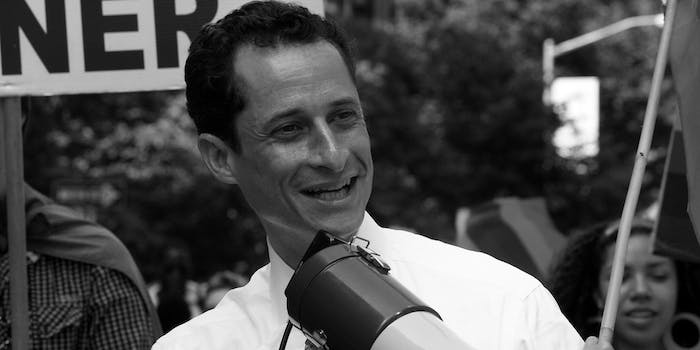 It's going to take a lot more than a few X-rated pics to keep New York mayoral hopeful Anthony Weiner from dropping out of the race.

It’s going to take a lot more than a few dick pics to keep New York mayoral hopeful Anthony Weiner from dropping out of the race.

The latest public-relations catastrophe occurred Tuesday afternoon when his spokeswoman Barbara Morgan went off on a tirade against former campaign intern Olivia Nuzzi during an interview with Talking Points Memo. Earlier that day, the New York Daily News published a scathing tell-all by Nuzzi claiming that “Weiner repeatedly called interns by the wrong name, underpaid a staff with thin résumés and lied to his campaign about the scandal over his online conduct.”

The interview set Twitter users off, helping the word “slutbag” become a U.S. trending topic. Between 11pm and 1am ET it was mentioned more than 4,500 times, according to statistics from Topsy. Nuzzi changed her Twitter bio to “Slutbag, twat and c**t.”

What kind of communications director says slutbag?!? At this point the Weiner campaign is a sociology experiment and we’re all being punk’d.

This latest incident comes a week after a gossip blog revealed that Weiner had engaged in a heated relationship with a 22-year-old woman on Facebook using the alleged alias “Carlos Danger.” Weiner promised the woman a job and a condo and even sent her this X-rated picture of himself. 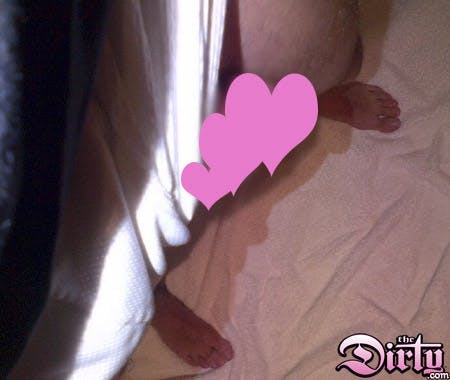 “I said that other texts and photos were likely to come out, and today they have,” Weiner said in a statement after the news broke. “These things that I did were wrong and hurtful to my wife and caused us to go through challenges in our marriage that extended past my resignation from Congress.”

Weiner resigned from Congress on June 16, 2011, after he mistakenly sent an explicit photo to a woman over Twitter—on his public timeline.

Following the Facebook incident last week, Weiner claimed that he will not be pulling out of the mayoral race. Weiner is currently sitting in fourth place behind city council speaker Christine Quinn, public advocate Bill de Blasio, and former comptroller Bill Thompson, according to a poll by Quinnipiac University.

Sometime Monday, well before Morgan added to the heap of indignities already bogging down the campaign, the 48-year-old Weiner doubled down on his promise to stay in the mayoral race during an interview with MSNBC. During the short segment, Weiner unexpectedly broke out in a nervous chuckle. Could he have been laughing at the half-dozen microphones and recorders in his face? Maybe. Or perhaps Weiner finally realized his campaign had become a joke.