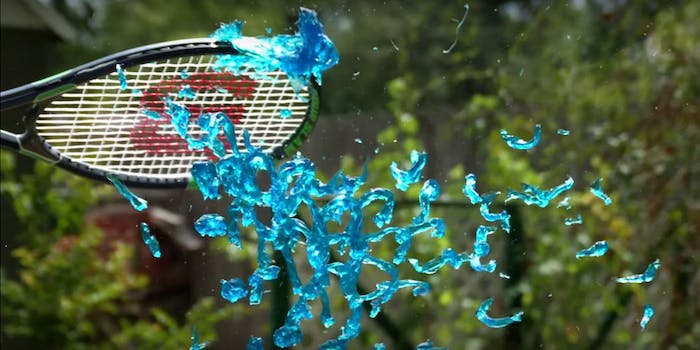 What could be more fun than smashing a bunch of jello with a tennis racket?

It’s oddly relaxing to watch slow-motion footage of jello getting shredded by a tennis racket—or in the case of this video, “jelly,” because England.

The Slow Mo Guys, known for their high-definition footage of everything from a giant water balloon exploding to 6,000 matches blowing up at once, decided to have some fun with jello in their latest project. To complete the extremely scientific process of experimenting with flying jello and slow-motion cameras, one of the Slow Mo Guys threw some jello through the racket into his partner’s face.

These dudes have a great hobby.

Screengrab via The Slo Mo Guys/YouTube