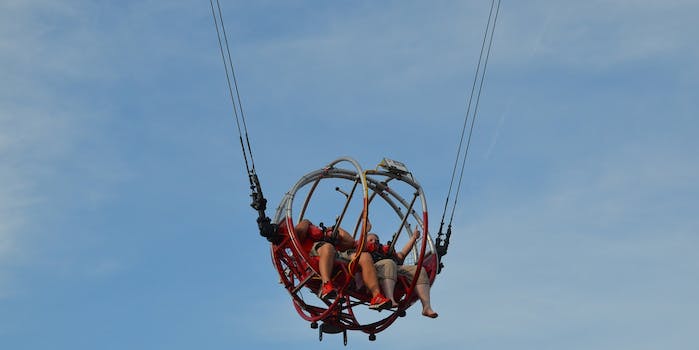 Unless you’re prone to motion sickness, you probably love taking a spin on amusement rides. One woman recently expressed her enjoyment—perhaps a little too intensely.

A YouTube video shows two women aboard a “sling shot” ride, which launches riders through the air before spinning them upside-down several times. One of the women is taking the thrill to new, possibly NSFW heights as she experiences what basically amounts to an orgasm as she is flung through the air. Her fellow rider doesn’t appear to notice at all.

Suffice it to say her spouse may have some serious competition.