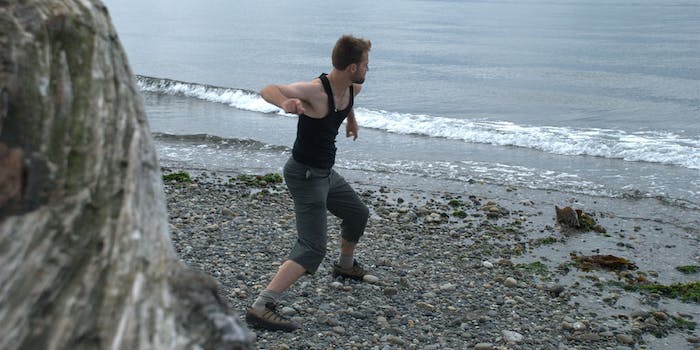 Skipping stones across a frozen lake is a surprising sonic masterpiece

Although living in the vast northern tundra of Alaska comes with its drawbacks—Sarah Palin, bear attacks—here are some perks that come with inhabiting America’s 49th state. As Cory Williams, who runs the YouTube channel DudeLikeHella learned, Alaskan pleasures can be as simple as skipping stones.

Soon after stumbling across frozen Edmonds Lake outside of Anchorage, Williams declared the spot a perfect place for some rock-skipping: “It’ll never go in.” What he wasn’t expecting, as he released the first flat stone from his hand, was the sonic masterpiece nature echoed back at him as the rock glided along the surface of the ice. (Jump to 3:40 for the sweet sounds!)

Mouth agape, his reaction can be classified as “double rainbow” astonishment. Watch as Williams composes a symphony with stones, skipping them across the icy lake before ending his sonata with a crescendo that actually breaks the ice.

He also farts at one point.

Here’s to you, Cory Williams. May life always bring you as much joy as stones skipping across a frozen Alaskan lake.