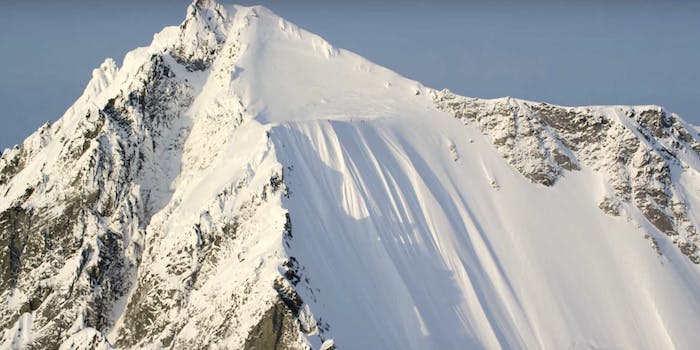 This video is not for the faint of heart.

In a stunning validation of my decision to never stray from the bunny slope while skiing, pro skier Ian McIntosh recently endured a bruising, 1,600-foot fall down a nearly vertical mountain slope.

Per the harrowing video’s description, McIntosh was filming in Alaska’s Neacola Range when he “dropped into a line he thought he had studied thoroughly enough, only to fall into an unseen five-foot-deep trench on one of his first turns.”

There was “no way to stop,” and he deployed his airbag in a bid to avoid life-threatening injuries from what Teton Gravity Research cofounder Todd Jones called “the most terrifying crash I’ve ever seen.”

On the plus side, McIntosh had quite a story to tell back at the lodge.