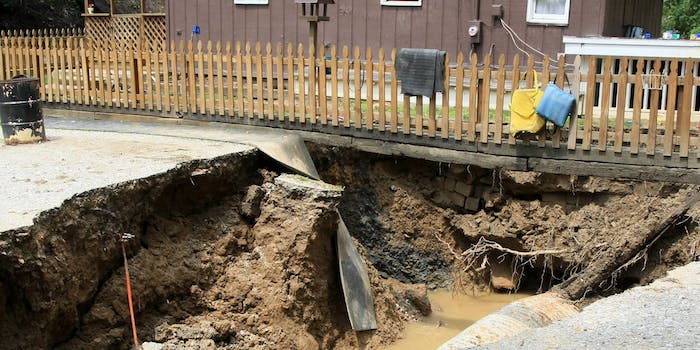 Sinkhole swallows a house in Bangladesh with unbelievable, terrifying speed

This giant sinkhole is the stuff of nightmares.

Do you ever feel irrationally anxious about events beyond your control? If so, here’s another one to add to the list: cataclysmic sinkholes.

This video from Bangladesh is brief but shocking. A sinkhole opened up beside a beachfront house, and while the police still had time to rope off the area and keep people from going back inside, the building disappeared into the sinkhole astonishingly fast.

One second, the house is there. Then next, it’s just…gone.