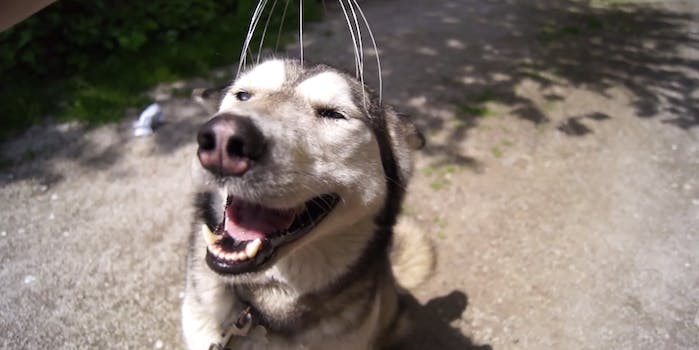 Wait until he finally finds that sweet spot.

There’s now someone who will almost certainly enjoy that scalp massage more than you.

For whatever reason came to mind, YouTube user arien100100 decided to give his husky, Silver, a massage using one of those creepy spider-looking things. At first, the idea of putting the spindly ends of the massager near a dog’s eyes sounds like a recipe for disaster, both for the dog and the owner.

But when he finally finds that one sweet spot? It’s more effective than almost any other method of mellowing out a dog.

He’s introduced a monster into the relationship with his dog, and now he will never be allowed to stop scratching Silver’s head.