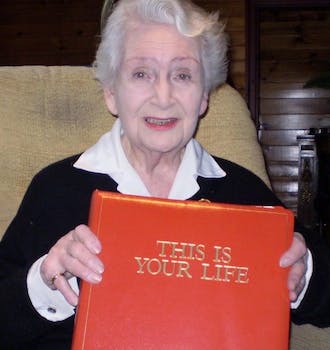 “Contributor, Extraordinaire, Cultural Mythologist, Ultimate Piggie, Paper slapper. I make up a dream in my head before I go to bed.”

Writing about one’s self in a short Twitter bio is not always an easy task. There’s only so much you can fit into that 160-character space.

Thankfully, there’s a website that takes the pain out of having to be creative as it generates a pointless bio for you—@horse_ebooks-style.

With a simple mouse click, Silly Twitter Bio does what it says on the tin. It provides a list of random adjectives and nouns for you to include in your bio, along with a factoid. “Silly” doesn’t accurately reflect the level of banality on show here, though.

Here are a few examples of the type of bios the site offers.

“Contributor, Extraordinaire, Cultural Mythologist, Ultimate Piggie, Paper slapper. I make up a dream in my head before I go to bed.”

And so it goes.

The site was built by Emberyl Creative, which notes in its Twitter bio that it’s “Engaging the web with simple, creative and fun web apps.” Surely changing that to something from Silly Twitter Bios would be more appropriate.

In the site’s defense, we have yet to see the phrase “social media expert” in the silly bios. It’s not all bad, folks.