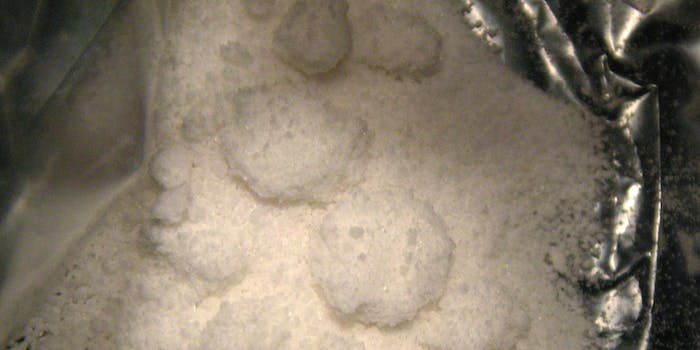 XTC Express has received great reviews by customers over the last year on Silk Road.

In the city of Zetten on Wednesday, Dutch Police arrested two men accused of selling ecstasy on Silk Road. On Oct. 2, the FBI seized the site and charged alleged founder Ross William Ulbricht with narcotics trafficking and conspiracy to commit computer-hacking.

Dutch media reports police arrested a 24-year-old and a 29-year-old. The two allegedly went by the name XTC Express, a successful and popular group of vendors who shipped ecstasy pills with skulls on them from Germany for 158 bitcoins.

The public prosecutor and national office ordered a police wiretap of the phone and BlackBerry messages of the two men, reports om.nl. The report claims that the wiretap has been ongoing since last month, so it’s unclear if this bust is related to the fall of Silk Road or was accomplished by other means.

The duo was caught “red-handed during the manufacturing of ecstasy in a container behind their home in Zetten. The suspects were arrested with a thick layer of MDMA powder in their hair.”

Police found a tablet machine, trays of MDMA powder, cutting tools, and used stamps. About 20 kilograms of ecstasy and MDMA was seized with 26,000 euros. In a separate search of the 29-year-old’s home in the city of Arnhem yielded another 80,000 euros.

Early last week, an Australian customer took to Silk Road’s forums to ask about XTC Express’s products. He had made an order for ecstasy in early September but it never arrived. It’s unclear if the package was intercepted or if the authorities are in possession of a list of XTC Express’s customers.