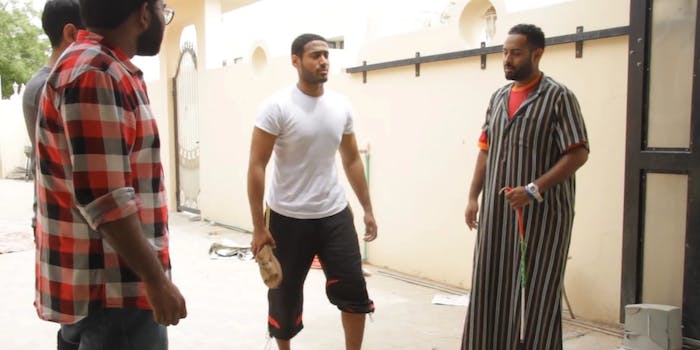 Shezanne Cassim has spent months in prison for a YouTube parody video.

The American who has spent the past nine months in a United Arab Emirates prison for spoofing the country’s government in a YouTube video will reportedly be released soon.

Shezanne Cassim, 29, was a resident of Minnesota before moving to Dubai in 2006. In 2012, he and several friends, all of whom are foreign nationals but whose identities are undisclosed, created a mockumentary of Dubai’s youth culture.

That didn’t sit well with the UAE government, which claimed they violated the country’s cybercrime law, which prohibits using technology to create satire that’s “liable to endanger state security and its higher interests or infringe on public order.” Authorities arrested him in April, and he’s been in a maximum security prison since June.

Fortunately for Cassim, the UAE is making good on its threat to deport him back to the U.S., where uploading videos about learning the martial art of throwing your sandal at people isn’t even a misdemeanor.

A U.S. State Department spokeswoman announced Tuesday that Cassim had been moved to a deportation facility, where “processing will take a few days,” the Associated Press reported.