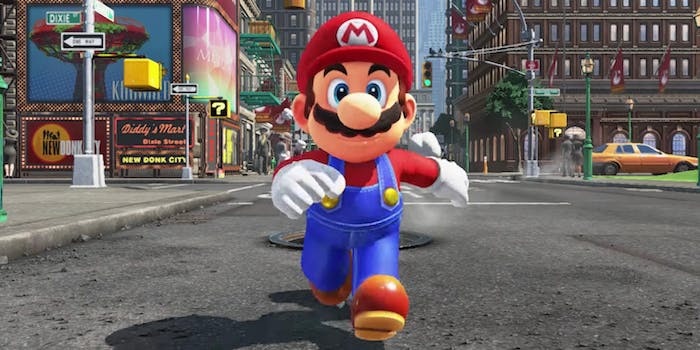 Here’s what a ‘shaved Mario’ looks like, because the internet hates you

Be forewarned: You can't unsee this.

If there’s anything that’s front and center when it comes to Nintendo’s iconic mascot Mario, it’s the Brooklyn native’s similarly iconic mustache. Which raises a pretty curious question―what would he look like after a clean shave? What monstrous visage would the world’s most famous plumber possess if he were stripped of that reassuring fuzz on his upper lip?

The internet provided the answer this weekend, and boy is it something. It’s not just his mustache, either, but the hair on top of his head, too. All shaved off, leaving everyone’s favorite Koopa-stomper’s skin as smooth as a newborn baby’s. Be forewarned, the resulting image is not for the faint of heart.

Beauty, needless to say, is in the eye of the beholder, so who knows how exactly each individual person will react to this … striking image. It’s not impossible that some people might even prefer this clean-shaven, freshly razored version of the Mushroom Kingdom’s valiant hero.

On the other hand, one might find the above image to be an absolute, unmitigated nightmare, a sight that not only carries the potential to destroy years worth of warm childhood memories but to curse all future interactions with Mario, too. Even once the world has been restored to balance and Mario gets his bushy brown hair back, can the memory of his eggshell-smooth face ever truly be overcome?

It’s a pretty jarring piece of work, so it’s no surprise that it went viral, with plenty of people seeming shocked, startled, and more than a little disturbed by Mario’s newest look.

In short, shaved Mario is perhaps the most disruptive and distressing Mario-themed meme since the rise of the dreaded hatless Toad. Thankfully, there’s no indication that Nintendo has ever actually considered going with a hairless Mario, so gamers everywhere should be able to rest easy―after all, just imagine trying to keep your attention on thumping Bowser with that face staring back at you.