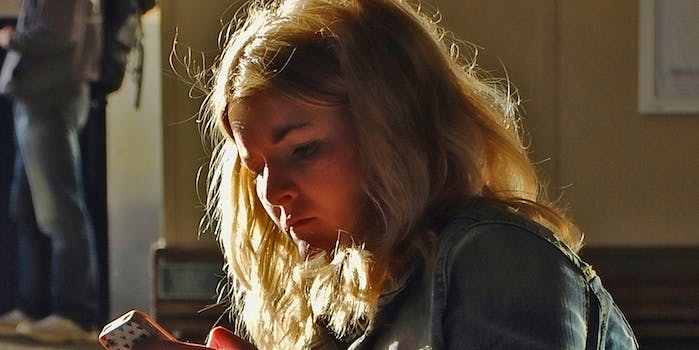 Is sexting a 13-year-old girl ‘free speech’? This Texas court thinks so

Court says teacher did nothing criminal when he sexted a teen student.

In most states, a middle school teacher sending sexually charged text messages to his 13-year-old student would be considered predatory behavior at best. Upon discovery of the texts, there would be a parental uproar, and even if the teacher didn’t end up facing criminal charges, he’d probably never step foot in a classroom again.

But apparently, this isn’t the case in Texas, where an appeals court has dismissed a case against a junior high teacher accused of sexting one of his students, on the grounds that it’s protected by free speech.

The case centered around 31-year-old Sean Williams, a teacher at Charles Baxter Junior High School in Everman, Texas. Williams was arrested and charged with exchanging sexually-related texts with one of his 13-year-old students back in 2012.

According to the arrest affidavit, the texts included “descriptions of their sexual preferences and fantasies,” as well as speculation about “if either [Williams or the victim] walked around naked in their homes.” The texts also included images of the victim wearing a bra and no shirt, and one of Williams shirtless as well, (though Williams claimed the photo was from a “fitness magazine”).

In October 2013, the District Attorney dropped the charge of improper relations between a teacher and a student, based on a ruling from another Texas court that month, which determined that texts between a teacher and a student were protected under the First Amendment. Because Williams did not technically solicit the girl for sex or invite her to visit him at his home, the texts weren’t enough evidence to penalize him for another charge.

“It’s morally wrong,” Williams’ defense attorney, Jim Shaw, told Dallas-Fort Worth Fox affiliate KFDW. “It’s improper; it’s gonna be subject to someone being terminated. I guess they could be sued conceivably in a civil action, but as far as it being against the law, at that time, it was not.”

The court precedent established by the previous sexting case means the county district attorney is now forced to re-examine a handful of sexting cases and prosecute them under an entirely different penal code, though it’s unclear whether new charges will actually be brought against the offenders. As for Williams, he’s now free to teach in whatever school district hires him: his teaching certificate, while currently under review, doesn’t expire until 2017.