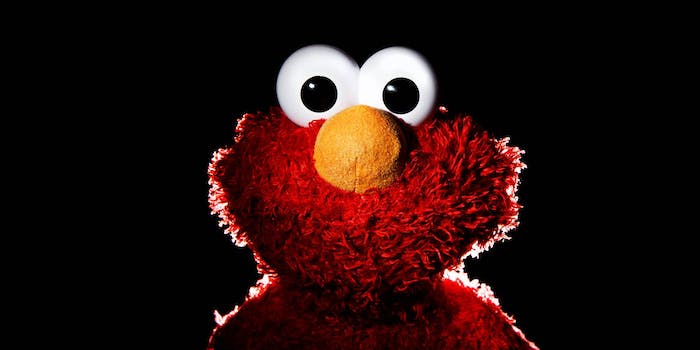 Did you know that there’s a MONSTER on Twitter?

Hmm, why yes we have noticed a monster on Twitter lately! A big orange one, with wild hair and trigger-happy thumbs.

And speculate as to who the monster in question might be.

Is it orange with really small hands?

yeah, we just made him president. :(

WHAT DID THAT SAY? https://t.co/DhtQKZKCI6

Did that say there is a MONSTER on Twitter?

HEY, STOP RETWEETING ME SO I CAN LOG OFF OKAY? Because there is a MONSTER on Twitter! It is not safe!

Listen, I have an idea.

If we all stop tweeting, we will never get to the end of this – what do you call it, a “tweet” “storm”? What a silly name.

Oh yes, Grover. We’ve all thought of that one. If we just log off of social media long enough our national nightmare will be over.

And that is a good thing because there is MONSTER at the end of it.

A few of them! @Elmo, @Grover, and @MeCookieMonster. And a @BigBird too (but he’s not a monster). And some of their friends! https://t.co/gzBehktUgO

Grover, for one was relieved.

Okay, this tweet storm is over. Where’s this monster? I’m the only one here.

Well then, it looks like I, furry, adorable, lovable old (and cute, too!) Grover, am the MONSTER at the end of these tweets.

And YOU were so scared.

Oh, Grover. Sweet innocent Grover. How do we break this to you? There are much scarier monsters out there than you, buddy.