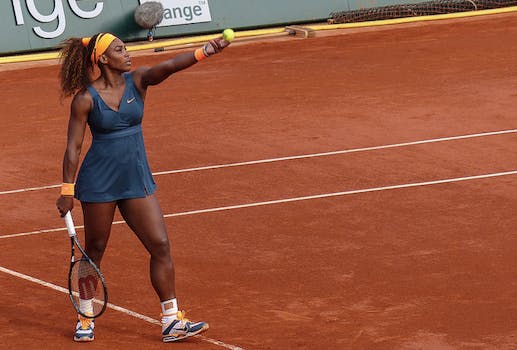 Serena Williams takes down dude who stole her phone

This guy had no idea what he was getting into.

On her Facebook page today, Serena “The Goddess” Williams shared a harrowing story of how a classy dinner at a Chinese restaurant turned into a thrilling high-speed foot chase. She explained that while sitting with her pal—probably discussing superwomen pastimes—her spidey senses began to tingle, as a man was sitting way too close to her majesty.

What an idiot. Dude probably didn’t see the diamond aura surrounding her loveliness. Or he thought she was just another earthly being. A mortal would’ve let him take the cell phone and eaten the hefty iPhone replacement fees. But not SERENA “THE GREAT ONE” WILLIAMS. NOT TODAY, SATAN. This is the woman who has won 21 singles Grand Slams. This is the woman who climbed her way out of Compton to dominate the snootiest country club sport known to man. This is the woman who single-handedly reminded the nation that strength is sexy. She is constantly proving people wrong, and she’s been training all her life to beat that ass if someone disrespects her crown.

No surprise, the best athlete in the intergalactic stratosphere was able to catch up to the garden-variety crook and stomp him out. (Just kidding, she would never do that to a mere human. Serena Williams is far too classy to get blood on her Louboutins.) Nay, what she did next was straight from the superhero code of conduct. She told him that he took the wrong phone.

It’s not clear what happened to the thief after the ordeal. And it doesn’t really matter. Serena Williams ended this saga with words of wisdom. She advised: “Just because you are a lady don’t be afraid to step up to any challenge and not be a victim but a hero!”

If there is one lesson we should take away from this story (other than the very obvious one about never fucking with Serena Williams) it’s that Serena is a deity among us, and we’re lucky to see her in her prime.