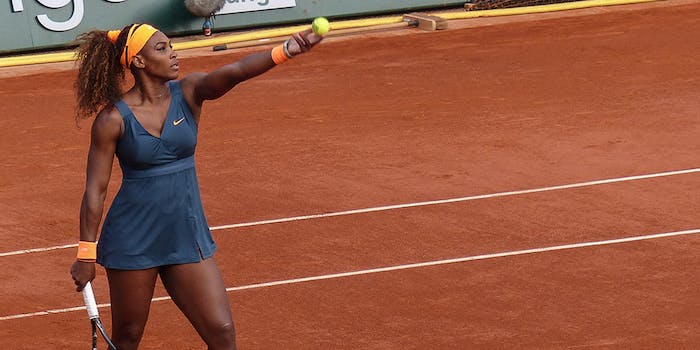 Serena Williams’s Steubenville apology was no apology at all

As the world’s best tennis player, Serena Williams might not have much to learn about her sport. She could use a lesson or two in apologizing and accountability.

Williams came under fire this week after a Rolling Stone interview that touched on, among many other things, the Steubenville, Ohio rape case. Trent Mays and Ma’lik Richmond were convicted in March of rape and sentenced to two years and one year, respectively, at a juvenile facility. It was around that time Rolling Stone‘s Stephen Rodrick conducted his interview with Williams.

“Do you think it was fair, what they got?” she said. “They did something stupid, but I don’t know. I’m not blaming the girl, but if you’re a 16-year-old and you’re drunk like that, your parents should teach you: Don’t take drinks from other people.

“She’s 16, why was she that drunk where she doesn’t remember? It could have been much worse. She’s lucky. Obviously I don’t know, maybe she wasn’t a virgin, but she shouldn’t have put herself in that position, unless they slipped her something, then that’s different.”

Williams was slammed in many quarters for suggesting the girl could have done something about the ordeal, instead of placing the blame solely on her attackers.

Williams understood her comments might have caused offense and apologized on her blog. Here’s her statement:

What happened in Steubenville was a real shock for me. I was deeply saddened. For someone to be raped, and at only sixteen, is such a horrible tragedy! For both families involved – that of the rape victim and of the accused. I am currently reaching out to the girl’s family to let her know that I am deeply sorry for what was written in the Rolling Stone article. What was written – what I supposedly said – is insensitive and hurtful, and I by no means would say or insinuate that she was at all to blame.

I have fought all of my career for women’s equality, women’s equal rights, respect in their fields – anything I could do to support women I have done. My prayers and support always goes out to the rape victim. In this case, most especially, to an innocent sixteen year old child.

Williams completely deflected any responsibility for her remarks. She shifts the blame for the comments to Rodrick by apologizing for “what was written,” not what she said. Williams goes on to try to soften her quote from the interview by saying her “supposed” comments are “insensitive and hurtful” without actually apologizing for them. All she says sorry for are Rodrick’s words, not her own.

Meanwhile, Rodrick says he has Williams’s comment on tape.

Williams’s quote in the interview is reflective of many comments regarding the victim on the Internet in the weeks and months following the incident. Teens also threatened her online, while photos of her unconscious body were circulated on the Web.