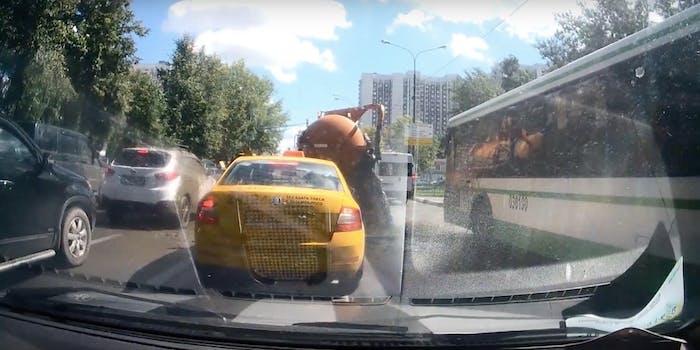 Talk about a nightmare.

Witalca Chumakov recorded video of a sewage truck in Moscow exploding while sitting in traffic. Thankfully, it looks like it was just the septic tank sitting on the back of the vehicle, so no fiery hot mess, just a poopy one.

It’s gross, but you’ll want to watch it anyway. Chumakov was lucky to have a taxi between him and the shit fountain, because if you watch carefully, you can see the brown sludge slam against all the cars directly next to it. Then all that good stuff runs into the street.