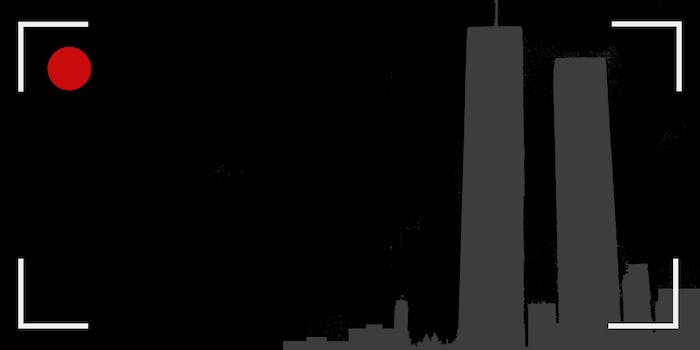 How 9/11 was reported in real time

A video record of the tragedy.

Thirteen years ago today, terrorists hijacked four commercial airliners, killed more than 3,000 innocent people and brought the twin towers of the World Trade Center crashing down. Still a child at the time, I remember returning home from school to find footage of burning towers and devastation on every channel.

My memories of the day are hazy, and affected by the decade that has passed since then—but one Reddit user had the foresight to try and capture a record of the day’s events. John Weaver has uploaded to YouTube a six-and-a-half hour video of 9/11, showing how the historic and tragic events were reported on in real time.

The video includes news footage from CNN, Fox, MSNBC, WLS and more, as Weaver “stood in front of my TV that morning,” recording and “[trying] to make sense of what was happening.”

“I decided I wanted a recording of how the different news outlets presented the events of that day,” Weaver writes in the video description. The footage begins at 11:12am CT on Sept. 11 and finishes at 9.53pm.

“It is my hope that people will appreciate this account in it’s [sic] historical perspective,” he adds. “How 24 hour news networks presented the events, the timing of new information, the chaos and emotions, and the rush to determine the culprits.”

With the help of others Reddit users on r/videos, Weaver—using the pseudonym StinkStar—has identified and linked to certain key moments in the footage. These include Shepard Smith of Fox News “talking about the loss of first responders,”  former New York Mayor Rudy Giuliani “discouraging service providers from price gouging,” and Smith “explaining why they aren’t showing more footage from Ground Zero.”

In 2011, another YouTuber, “Ahijab,” uploaded footage of of the first fifteen minutes of the attack on New York, beginning at 8:48AM ET, showing six networks—including the BBC, Fox and ABC—side-by-side.