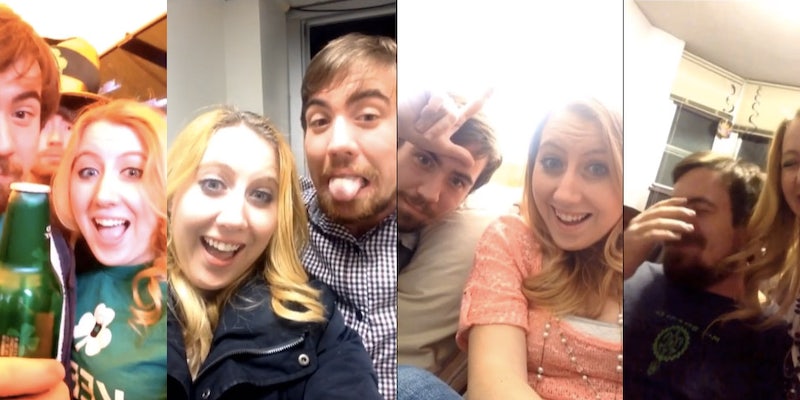 This poor guy falls for the same selfie trick every time

You think he would have learned by now.

It may be the oldest trick in the digital camera book, but this girl keeps getting away with it on one trusting friend.

Jillian Haker has been pulling the fake-selfie-actually-a-video gag on one of her friends over and over again, and he just keeps falling for it. She’s put them together in a cringe-worthy compilation video, and by the end of it you just want to shake the poor guy. Dude, don’t trust this girl’s selfies anymore!

Haker has bigger ambitions than just pranking her friend though. According to the video’s description, “The ultimate goal would for this to go viral so I can meet Ellen… Or Taylor Swift. Just throwing that out there.” Godspeed, prankster.