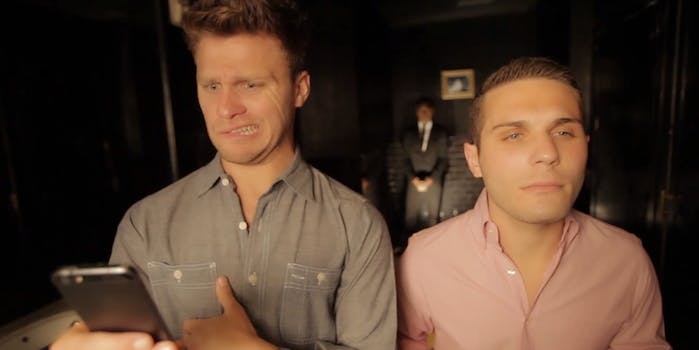 The inevitable ‘Selfie’ parody about d**k pics is here

These guys might not be taking selfies, but they’re putting just as much thought into their penal photography.

It’s “DickPic,” the “Selfie” parody that someone was bound to make, and it’s spot-on, from the blurred photos, the attention to minute detail, and even the conversations themselves.

The entire concept is completely ridiculous, but then again, so is the original video.

Even if you’d never actually walk into a bathroom and see a bunch of men dissecting and taking dick pics, it’s enough just to imagine the thought process that goes into that photo. And if you send it to someone you didn’t intend it to, just hope it was on Snapchat.