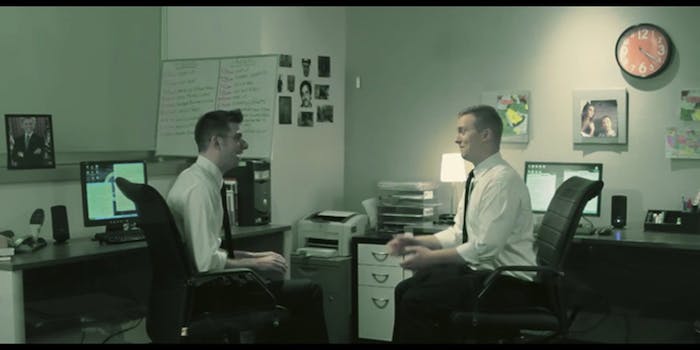 ‘You had me at NSA’: A love story for the digital age

The Second City Network gives us a peek inside an NSA love quadrangle.

With the recent revelation that National Security Agency employees often spied on their significant others, and that there’s also a very romantic code name for it (LOVEINT), it’s only a matter of time before someone writes a script about an NSA love triangle. Spike Jonze, maybe? Or perhaps it’s just a Scandal subplot?

Improv and sketch comedy collective the Second City Network has taken the first step, and created its own version of an NSA love triangle (quadrangle?), as two agents fight over the couple they’re spying on. When you’re monitoring someone’s phone, email, and social media that closely, it’s hard not to get attached. In this clip, titled “You Had Me at NSA,” knowing too much seems to be driving these co-workers apart, as they start mimicking the bickering of the couple they’re spying on.

Yes, you could say they “found love in a surveillance place.” Is this the new state of romance?