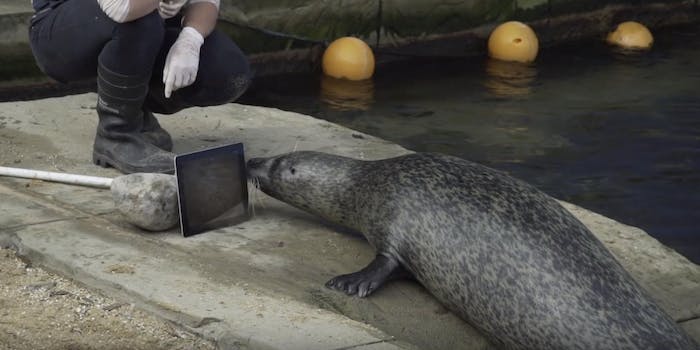 Seal on the screen.

Sija and Babyface the seals once happily lived together at the Cornish Seal Sanctuary in Gweek, Cornwall, England. But they were separated over the summer after Sija birthed a couple of pups despite being on the seal version of the pill. Because breeding is typically a no-no for these water dogs, they had to be separated. (Okay, but why, though? Are trainers scared that a seal family will take over the sanctuary and rule like a British monarchy?).

Thankfully, the trainers at Sija’s new sanctuary took pity on her at the end of the summer and let her catch up with Babyface via FaceTime.

Thank you, technology, for letting these two seal lovers keep in touch.