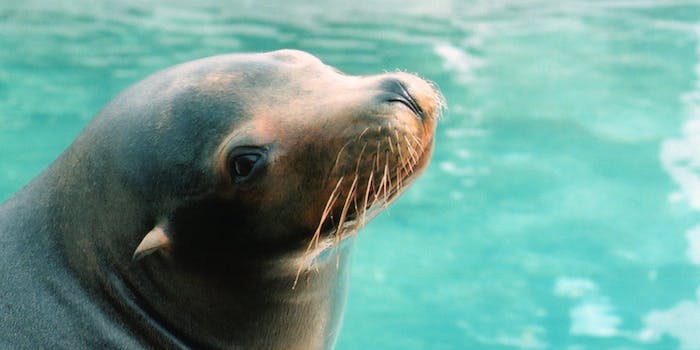 The question of empathy in animals is a hotly debated one, though there won’t be much doubt in your mind after you see this sea lion interact with a pint-sized fan at the National Zoo.

Separated only by a wall of glass, the slippery swimmer and toddling tyke chase each other back and forth in a game of tag until the latter takes an unfortunate misstep, tumbling to the floor. The attentive animal stops on a dime and cocks its head as if to say, “Whoa, you OK?”

We assume, barring any tears, that play resumed shortly after.

Photo via Alejandro Hernandez./Flickr (CC BY 2.0)