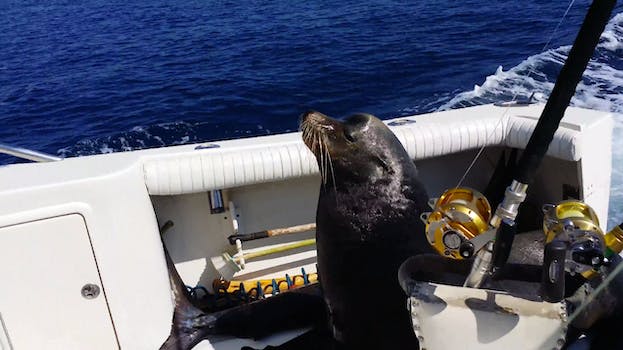 When a curious (and hungry) sea lion spotted some humans on a fishing boat with a good haul, it couldn’t let them get away. So it gave chase. In this contest between mammal and engine-powered vessel, what the sea lion lacked in artificial power it more than made up for with speed and determination.

Eventually, the persistent creature got its reward, as the humans had no choice but to seal the deal.