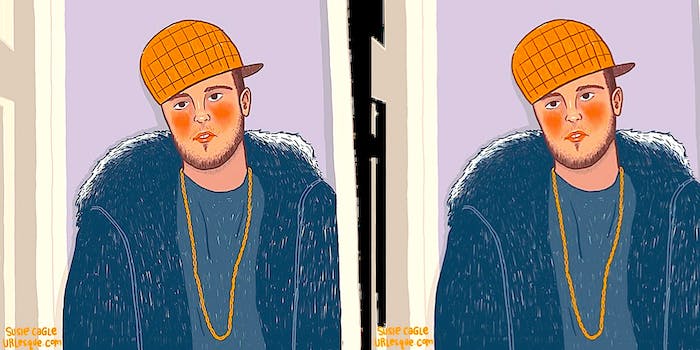 The search for Scumbag Steve’s hat

Ubiquitous on the Web, but scarce in real life—that’s the reality for the Internet’s most famous hat.

Ubiquitous on the Web, but scarce in real life—that’s the reality for the Internet’s most famous hat: a wheat-brown, “A-Tooth”-style New Era Red Sox cap, otherwise known as the “scumbag hat.”

The scumbag hat derives from one the Internet’s most popular memes, Scumbag Steve, which first started appearing in online in January 2011 as a way for people to vent about that one freeloading friend that everyone seems to know.

The one who bums cigarettes, backs out of agreed-upon bets, and who definitely used to be that kid who circled Waldo in the Where’s Waldo books when you were growing up.

What started as a meme centered on reposting images of a 16-year-old Blake Boston (who by all accounts is actually a very nice guy in real life) wearing a fur coat and a tacky hat has evolved into a full-fledged phenomenon over the last three years. You can now criticize anyone or anything online by just slapping a scumbag hat on them. There’s even a convenient Add Scumbag Hat button on Imgflip’s MemeGenerator that lets you do so. 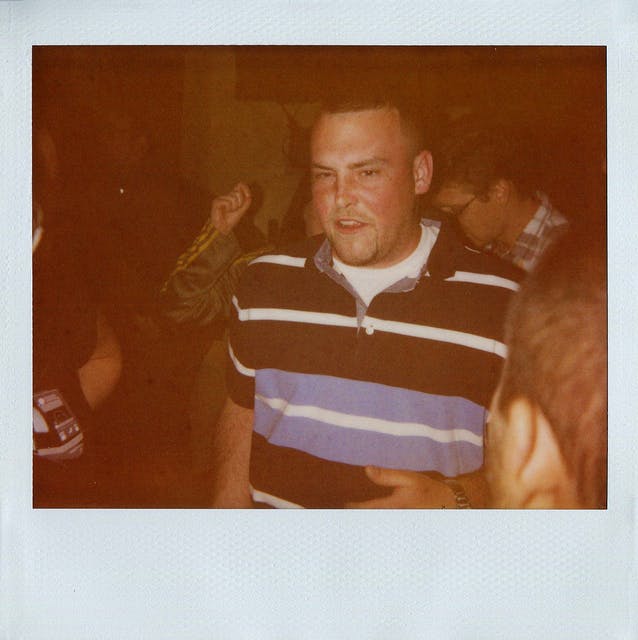 There’s Scumbag Teacher to criticize unfair and unprepared teachers, Scumbag Brain to call you out on you questionable logic, Scumbag Body to point out things like how your body sinks when you’re drowning but floats when you’re dead, and even a Scumbag Fly to complain about how flies never want to cooperate when you’re trying to shoo them out a wide open door.

Companies and organizations find themselves in the crosshairs too. People use the hat to create Scumbag YouTube to criticize video buffer times, Scumbag Congress to condemn the government shutdown, Scumbag Bank to complain about everything from unfriendly hours to shady bank practices and even a Scumbag Reddit to self-police the sometimes hypocritical nature of its users.

The funny thing, however, is that the hat that’s ever-present online is an extremely rare commodity in real life.

The Red Sox cap was a style first made available in New Era’s Fall 2007 program.

Andy Barth, General Manager at Hatland.com, one of the New Era’s largest online retailers, said that New Era generally produces quantities based on the orders they’ve received from retailers by certain cutoff dates and that there are minimums that need to be met for a style to be set to production.

“I’m guessing that there were probably less than 1,000 made,” Barth said of the Red Sox version of the hat that appears in the Scumbag meme. “We carried that color and style for four teams: the Braves, Giants, Red Sox, and Yankees and in total, they probably produced less than 1,000 for each team. So it’s possible that only 4,000 of these exist in total.”

Barth said that the number of units that Hatland ordered from that group “just sat and sat until we started selling them randomly. Little did we know that that’s where this demand was from.”

The initial demand for the style was so tepid that the hat’s most famous owner, Blake Boston, said that his “mother thinks she bought it in a Marshall’s discount store because no one wanted it originally.”

Oh, how Internet fame can change everything. What was once an undesired outcast of a cap might become more rare and valuable than those Beanie Babies and baseball cards you have socked away in your parents’ attic.

“It’s actually a fluke that I still have the original,” Boston said. “When we moved it somehow got packed into a box that ended up in the basement.” 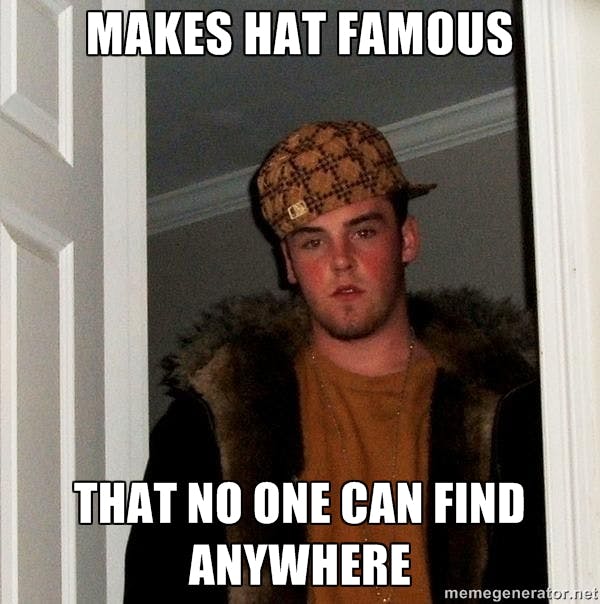 He should keep a closer eye on his claim to fame, however.

He’s turned down offers of tens of thousands of dollars for his hat in the past, and has repeatedly insisted that it’s not for sale.  He’s attended events at SXSW and appeared publically elsewhere and has a fun time doing so.

“Wherever I go in the Scumbag Steve persona, people either ask to wear or touch it. They sometimes just look freaked and amazed by its actual existence,” said Boston. “I’ve never seen the hat on anyone else in real life.

It’s true that the scumbag hat is a hot commodity. Andy Barth at Hatland said that they sold out of the brown styles in 2012 and that only a few hundred of the white ones remain.

If you’re looking to be a Scumbag Steve for Halloween (or, shall we say, Hallo-meme? [sorry]), you can find a poorly made Chinese knockoff on eBay.

But don’t be a total scumbag and do that. Boston, who copyrighted his infamous picture, unfortunately doesn’t see a dime from the company who uses his name and likeness to sell the knockoff on eBay. He also doesn’t get a dime from the many apps that let users plaster the hat onto images or game characters.

“It’s kinda shitty in my opinion, but hey, it’s all good,” he added.

Boston does have a company willing to produce the hat but needs a minimum of $10,000 in orders before they start. It sounds like a ploy that his Scumbag Steve persona would pull to bum some cash, but after speaking with Boston, I’m convinced that he’s more of a Good Guy Greg, to be honest.

I say if ever there needed to be a Kickstarter created, now’s the time, Internet.

And if there’s ever a time to go digging through your old clothes, you should go check if you happen to have a first-edition Scumbag hat before they return to the market in droves.

This article originally appeared on the Connectivist.