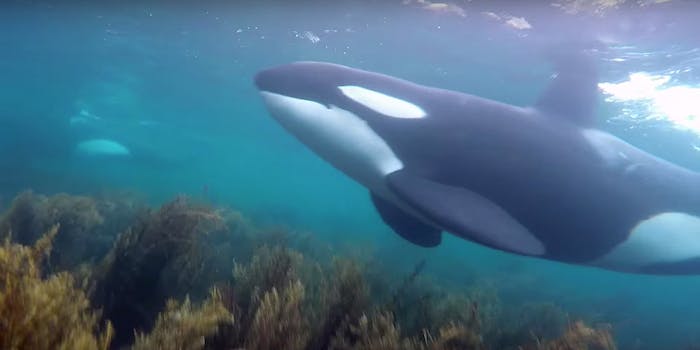 Scuba divers get up close and personal with curious baby orcas

Look at them go!

Humans are small droplets in the grand majesty of the ocean, but we’re fascinated by the larger creatures that swim by without giving us a second thought.

While on a spearfishing and cray dive just off Little Barrier Island in New Zealand, Sam Galloway and some friends came across a pod of orcas hunting for food nearby. While the adult whales didn’t seem to care for them at all, the babies were a lot more curious.

Now that these killer whales have seen humans for themselves, they’ll lose interest soon enough. There are way too many fish in the sea to be concerned with one species.