You can put your balls in it.

And even though Bitton’s video seems like a joke, he is very, very serious—at least about making money. An Indiegogo account aimed at making the Scrote’n’Tote a reality has already raised over $17,000 of its $33,000 goal. Most of that money will be used to develop a mold for the mass-produced bag. According to Bitton, the prototype used in the video cost nearly $1,000 and was created by C.J. Goldman, a special effects artist best known for his work on 300 and the 2004 remake of Dawn of the Dead. 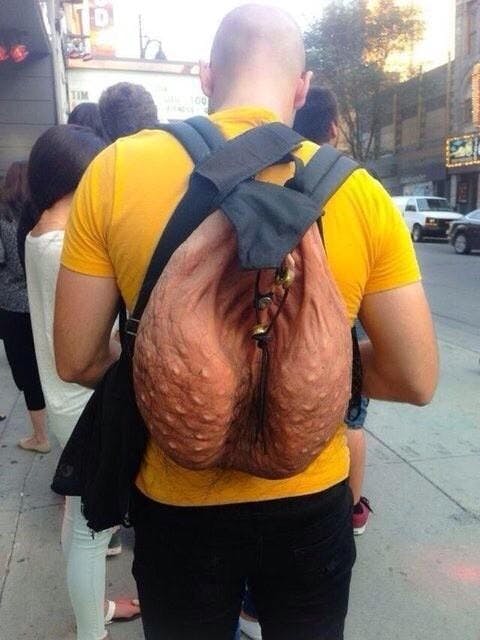 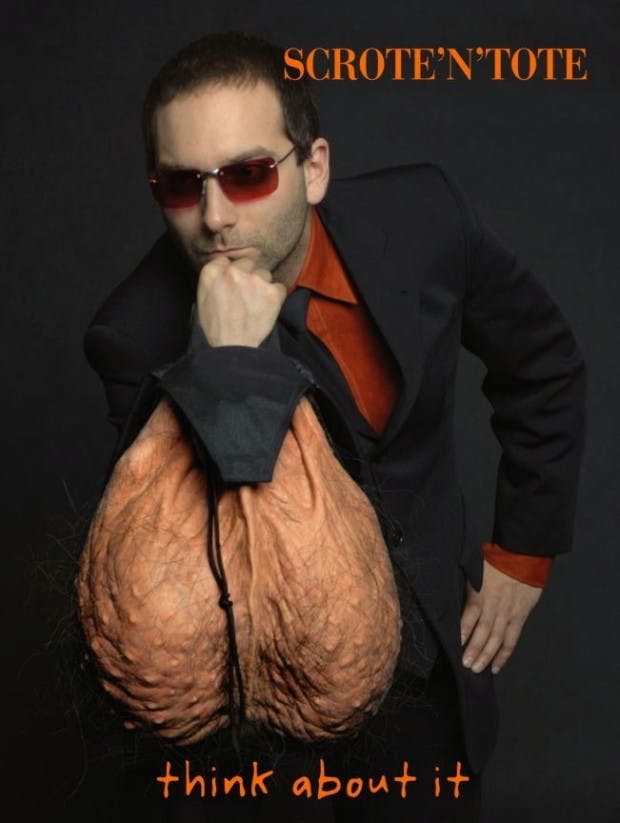 “The main challenge” wrote Bitton, “is to make sure the final product looks as close to the prototype as possible while being fully functional.”

Well that, and you know, getting your friends to acknowledge you while you’re wearing the thing.