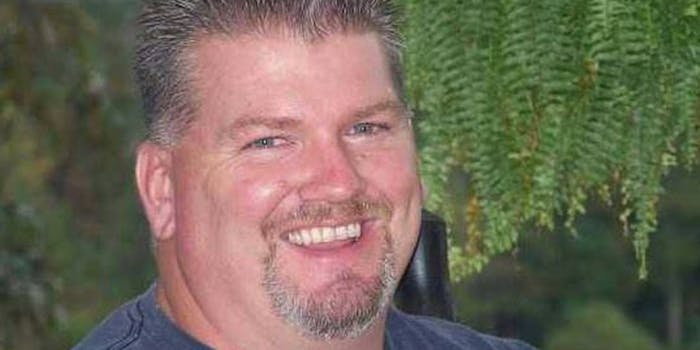 Johnny Cook reported on Facebook that his Georgia school district refused to feed a student who couldn't afford a school lunch.

There are two possible explanations for why a Georgia school bus driver named Johnny Cook lost his job with the Haralson County School District. Both of them have something to do with this Facebook post Cook wrote on May 21, recounting an unnamed middle school student’s story of being denied a school lunch:

“A lil flustered this evening.

A middle schooler got on my bus this evening and said mr johnny im hungry. I said why are you hungry buddy? Didn’t you eat lunch ? He said no sir I didn’t have any money on my account. I said they would let you charge it? No sir.

Huh! What! This child is already on reduced lunch and we can’t let him eat. Are you kidding me? I’m certian there was leftover food thrown away today. But kids were turned away because they didn’t have .40 on there account .

My number is [redacted] the next time we can’t feed a kid for forty cent, please call me . We will scrape up the money.

That post got Cook fired on May 23. Cook and his supporters (including the thousands of people who have signed a still-active Change.org petition calling for his reinstatement) consider the firing a form of retribution for Cook’s exposing the problem of schools denying lunches to needy students.

But in a May 24 news story about Cook’s firing on Atlanta’s local ABC affiliate, the school said that Cook never notified school authorities, and furthermore the student’s complaints were investigated and found to be untrue. School superintendent Brent Stanton said he personally had never heard a single complaint of students going without lunch in the five years he’s been with the school, and principal Brian Ridley later said, “The incident, as he described it, simply didn’t happen. The child didn’t go through the lunch line and never asked for a lunch, so he was never denied one.”

Despite this, many parents in the school district reported incidents where their children were denied food on days they forgot their lunch money. And Cook posted on Facebook a photo of a typewritten statement, said to be from the still-unnamed student, which agrees with Cook’s version of events rather than the school authorities’.

On May 30, Cook started a Facebook page called Johnny Cook “Johnny’s Kids,” described as “a community outreach program designed to bring attention to every community [where] children are going hungry in our schools.” By June 4, it already had close to 1,300 likes.

Its first few posts discuss the background circumstances of Cook’s firing and media coverage of it, but the page also focuses on complaints of children going without school lunch and possible ways to solve the problem. .

“Johnny’s Kids” found such vociferous support on Facebook that before the page was even a day old, Cook had to post a plea for civility:

Please remember children are following these post and keep comments respectful. In no way are we pointing fingers at lunchroom staff or Dr. Ridley. We know the problems lay within the policies that the staff is forced to withhold our lose their jobs. Thank you for your support! ~Administration & Johnny

It’s possible the school district might have inflicted the Streisand Effect upon itself: By firing an employee who allegedly put the school in a bad light, it came to the attention of millions of netizens who, most likely, would otherwise never even have heard of Tallapoosa or Haralson County, Georgia (populations 3,155 and 28,638, respectively).

Consider this observation from a random Facebooker who lives about as far from Haralson County as you can get without crossing the Canadian border, and said this on the Ellen DeGeneres fan page after another fan posted Cook’s story:

“Just saw this on the morning news. I think it is terrible that Mr. Cook was fired [….] He was venting on his FB page and did not name any names or schools. Shame on the school district. I totally agree with Mr. Cook and just want him to know he has support from Michigan.”