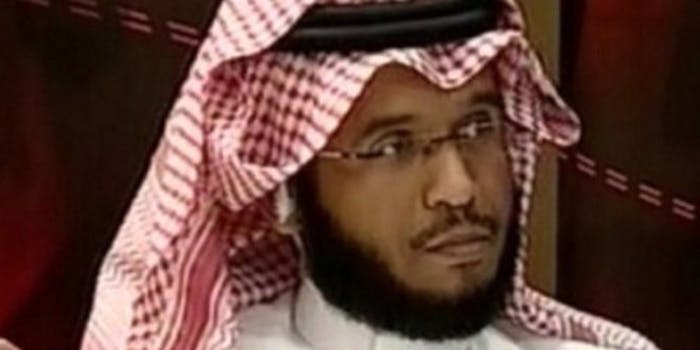 Abdullah Mohammad al-Dawood used an Arabic hashtag to advocate sexual harassment as a way of forcing women to stay at home.

A Saudi writer caused a stir after urging his 98,000 Twitter followers to molest working women.

Abdullah Mohammad al-Dawood, who has written self-help books, used an Arabic hashtag (which translates to “harass female cashiers”) to advocate sexual harassment as a way of forcing women to stay at home.

Over the last couple of years, increasing numbers of women have begun working in public places in the private sector, including as cashiers in grocery stores. The decision to allow them to do so has prompted criticism from conservatives in the state.

Saudi women have traditionally worked in all-female spaces as professors, teachers, and doctors, the BBC noted.

Dawood used an old folk story to justify his remarks, according to the Financial Times. As the tale goes, famous warrior Alzubair did not want his wife to leave home and pray at a mosque. To keep her at the house, Alzubair hid in a dark street one night and molested her as she walked by. She bolted home, deciding not to venture out again since “world out there is corrupt.”

One cleric backed Dawood’s demand, insisting a proposed law against sexual harassment in mixed workplaces would only “encourage consensual debauchery.”

Other followers supported Dawood’s call, but many Twitter users lambasted him. One questioned Dawood’s character as he provoked youths to molest women and another demanded he take his own suggestion to heart and harass his wife and sisters.

Why the fuck a misogynist prick like Abdullah Mohamed al-Dawood has not been arrested for inciting violence vs women is beyond me. #Saudi