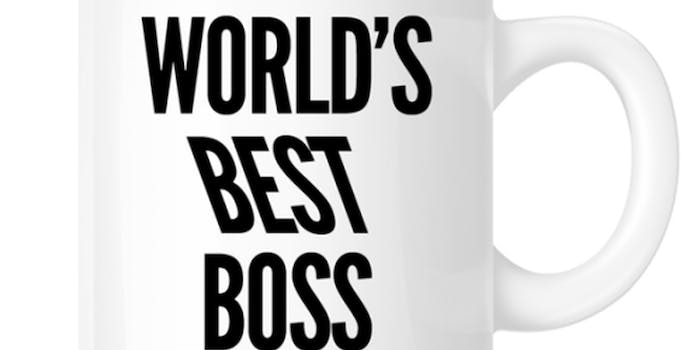 Is a sarcastic font the best idea ever for the Internet? Yeah, right

Like we’d ever need a font to recognize sarcasm.

But just in case, the Sarcastic Font Movement is ready to deliver. As our communication with other people becomes increasingly text-based, this group petitions for an indicative typeface—a reverse version of italics called Arial Sarcastic—to denote sarcasm.

Though the movement’s website hasn’t been updated since 2004, it’s getting new recognition today after being featured on Reddit, the social news site. “TIL there exists a font to represent sarcasm in type. Reddit should add this to their type formatting,” wrote OP cvlrymedic. (Typeface, you dolt! Typeface!)

“A font to repersent sarcasm? Yes, that’s very useful,” commented yougottabetrolling, prompting an onslaught of sarcastic quips. (None mentioning his trollish insistence on the word “font.”)

Still others debated the question seriously. According to a recent post by the Smithsonian Institute, sarcasm so strongly pervades English speech that Americans use “yeah right” as a sarcastic phrase 23 percent of the time.

The rediscovery of Sarcastic Font also follows last year’s Reddit discussion on whether every culture has a version of sarcasm. Reddit’s conclusion: It’s not absolute, but it’s globally pervasive.

But even though studies have shown that human beings can understand irony as young as age four, some redditors still have trouble with sarcastic expressions. Most notably, redditor DIDNT_GET_SARCASM (click for some laughs).

“The way it looks to me is that you just reverse the direction of the italics, so really you could have a sarcastic format for every font,” wrote sidianmsjones. (Actually, a sarcastic version of a typeface would be a font. But don’t get me started.)

Other redditors pointed out that “/sarcasm” at the end of a sentence is already a useful way to denote sarcastic speech.

Glenn McAnally, the webmaster behind the ten-year-old Sarcastic Font Movement site, did not respond to the Daily Dot’s email. We’re stunned.

However, it seems that a group of design interns have picked up the torch with a new site – Sartalics. If you’re sarcasm-challenged, you can join the cause on both Facebook and Twitter. Whatever.