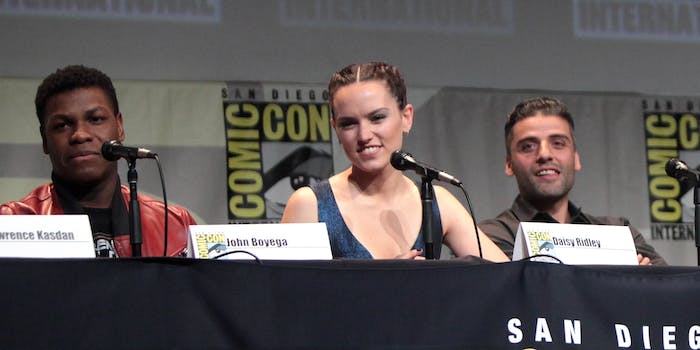 San Diego Comic-Con is set to return this November, ending a yearlong hiatus due to the pandemic. But judging by responses on social media—and a damning new article in the Hollywood Reporter—the convention may struggle to attract desirable guests.

Fan conventions are, at the best of times, giant Petri dishes for infectious diseases. People routinely return from events like SDCC with “con crud,” getting sick from spending a week crammed into overcrowded, poorly ventilated halls with thousands of other fans. So when SDCC’s organizers announced that the convention would return from Nov. 26-28 this year—four months after its typical July schedule—the response was not exactly positive.

Sure, most people in the United States will hopefully have access to vaccines by then. But what about people traveling from overseas? And even if you are vaccinated, do you really want to spend Thanksgiving at Comic-Con, rather than with your family?

According to THR, the convention is already attracting backlash from Hollywood reps, with studios and PR sources saying that A-list guests just won’t want to attend. An anonymous PR rep “with clients who have appeared in Hall H panels” (in other words, headline SDCC talent) said that their clients are “refusing” to attend. Other studio reps pointed out that actors and filmmakers also have families and may prioritize Thanksgiving over traveling to San Diego to promote a project.

Apparently, SDCC’s organizers didn’t contact any of the major movie studios before making the announcement. So potential guests are now scrambling to decide whether they want to attend the convention in November. For a lot of people, the answer is obviously no. In addition to concerns about vaccination, quarantining, and herd immunity, traveling will be even more expensive and complicated during Thanksgiving weekend.

The 2020-2021 media calendar also cast doubts on whether SDCC is “necessary” in the first place. Comic-Con is a massive brand, and its biggest attractions are marketing events for blockbuster movies and TV shows. These rely on good relationships with Hollywood studios, and some of those studios have proven that they don’t need SDCC to generate publicity. Star Wars and the MCU are doing just fine on their own, for example.

Comic-Con’s 2021 relaunch is probably more about the convention’s own business problems than anything else, because SDCC hasn’t made any money in over a year. This Thanksgiving weekend announcement looks like a last-ditch effort to escape dire financial straits—and it may not be a successful one.