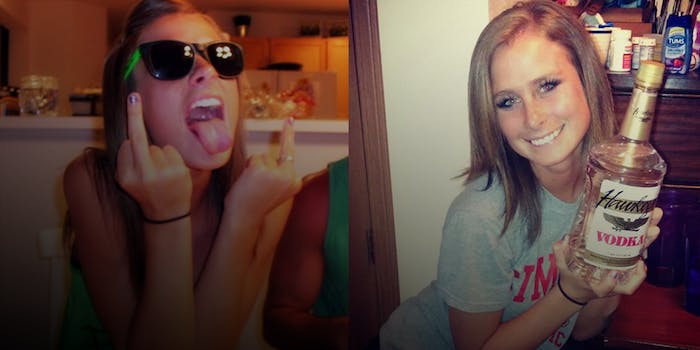 Point three four one. That was the blood-alcohol content of a woman named Samantha Lynne Goudie, 22, who tried to jump onto the field during a Northern Illinois–Iowa game and got arrested for public intoxication. Once her mom bailed her out of jail, she tweeted from the Twitter handle @Vodka_samm (yes, really):

Because it’s 2013, Goudie provided us with a liveblog of the whole thing. (As of Tuesday, her Twitter’s been deleted.)

My mom hates me too

I’m going to get .341 tattooed on me because its so epic

Girl waiting for court with me goes “I wish I knew the girl who blew a .341” I said hi

Update: Here’s her mugshot, via Deadspin. 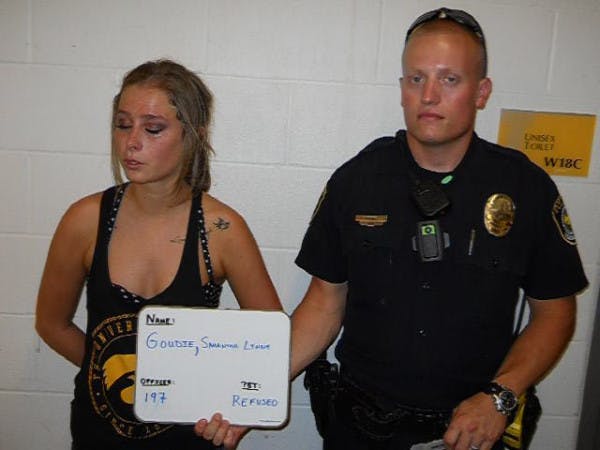 What really happened? Under the Football-Related Arrests section of the University of Iowa police report, Aug. 31:

Goudie, Samantha Lynne, 22 of Iowa City, IA for Public Intox at Kinnick Stadium at 1321 hours. Goudie was stopped for trying to enter the field. Goudie was unsteady on her feet. Goudie blew .341 PBT.

She later tweeted she wasn’t trying to disrupt the game, but her memory might be a little foggy.

Still. That number is unreal. “Unsteady on her feet”? It sounds like she’d be a lot worse off than that. I tried to figure out what Goudie’s pregaming looked like to get her to .341. Here’s my best guess, because the blood-alcohol calculator kept maxing out at .300. Basically, you have to drink eight screwdrivers in about 15 minutes and weigh 100 pounds. 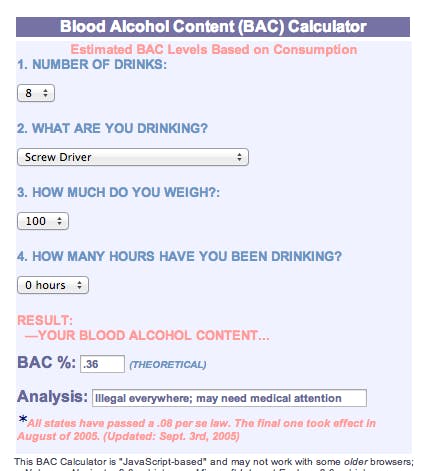 Somehow, she managed to hold onto her phone. And since then, she’s become an Iowa legend:

Walked into a party as Vodka Sam. I’ve taken like seven pictures #yolo

What you call spring break @Vodka_samm calls a Tuesday night.