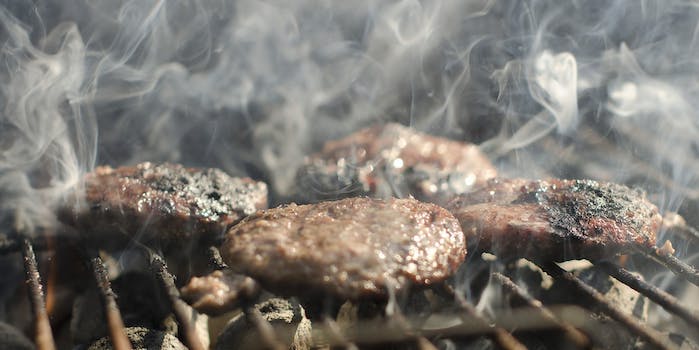 The Internet showed up for Sad Papaw’s burger cookout

Kenneth Harmon—affectionately known on the Internet as Sad Papaw—invited everyone to a giant burger cookout, and unlike his first attempt to cook burgers, everyone showed up this time.

As the photo of Harmon staring into his burger spread online earlier this month and grandkids Kelsey and Brock Harmon updated a captive audience, many expressed a wish to eat a burger with Papaw. A few days after he went viral, Papaw decided to invite everyone out to eat some of his burgers with him at a special cookout in Purcell, Oklahoma. Burgers cost $2 and they made shirts for the occasion, and the proceeds would go towards paying Kelsey and Brock’s college tuition, putting money away for the other grandchildren, and to charity.

The line for #papawcookout is insane! So much love for Papaw! #Oklahoma pic.twitter.com/kC0GENy2zL

Some people drove several hours to eat one of Harmon’s burgers, where some waited in line for 45 minutes to take a photo with him.

Here in Purcell Oklahoma all the way from Virginia to get a burger from @_papaw_ pic.twitter.com/KvBNlpjmsC

A burger made with grandfatherly love? You can’t beat that.