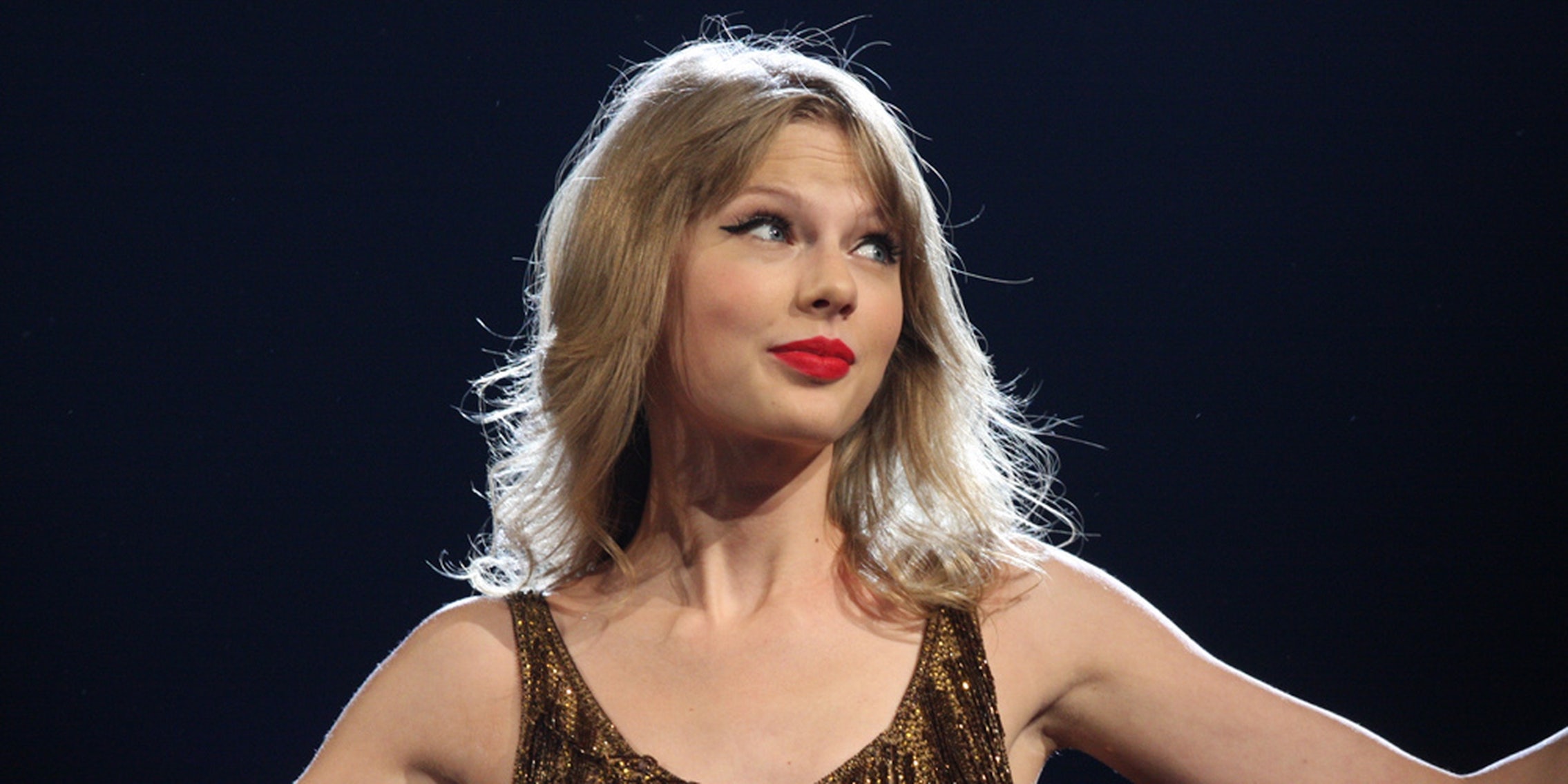 Ryan Adams and Taylor Swift might make for a seemingly unexpected mashup, but the pairing isn’t all that unusual. Girl Talk’s Feed the Animals and Night Ripper brought together acts as seemingly incongruous as Notorious B.I.G., Aphex Twin, and Elton John to form something totally new and totally transcendent. Who knew that Dolla would bring out the best in Avril Lavigne?

Danger Mouse, the prolific producer and musician, likewise paired the Beatles’ self-titled LP (popularly known as the “White Album”) and Jay-Z’s The Black Album for the appropriately titled The Grey Album. You haven’t heard “99 Problems” until you’ve heard it mashed up with “Helter Skelter.”

While Adams’ version of 1989, released to iTunes on Tuesday, isn’t a mashup in the Greg Gillis model, it carries the same raison d’etre—creating something that’s not greater than the sum of its parts but worthy to them.

Influenced by Springsteen and The Smiths, Ryan Adams reimagines the best-settling pop album of the past year as a love letter to folk Americana, complete with ballads about long drives, bad girls, and the ones that got away. In Adams’ hands, the poppy “Shake It Off” becomes a mournful ballad of post-breakup empowerment, whereas “Welcome to New York” evokes the swagger of the Boss at his best.

But his interpretations of “Wildest Dreams” and “Blank Space” that offer the album’s finest moments, but perhaps not in the way Adams initially intended.

Given that these songs are both about Swift’s past relationships with men, there’s a specific gendered element to her lyrics. “Blank Space,” in particular, calls heavily upon the “crazy ex-girlfriend” trope with lines like: “Boys only want love if it’s torture/Don’t say I didn’t say I didn’t warn you” and “Cause darling I’m a nightmare dressed like a daydream.” Ryan Adams cuts these but keeps other references to the singer’s gender. The lines “Be that girl for a month“ and “Keep you second guessing like, ‘Oh my god, who is she?’” are left intact.

While Adams’ “Style” snips a line about James Dean in favor of a Sonic Youth reference, “Wildest Dreams” gets even messier with gender. Ryan Adams refers to his object of affection as “so tall and handsome as hell/she’s so bad, but she does it so well”—qualities not often used to describe a singer’s ideal woman.

In particular, “handsome” is curiously antiquated signifier. In an 1813 encyclopedia, the term was positioned as oppositional to the less loaded “beautiful,” which meant “delicately made.” In contrast, a beautiful woman is “tall, graceful, and well-shaped, with a regular disposition of features.” Thus, there’s a certain stately androgyny that only enhances the “handsome” woman’s poise and stature.

On Google, the women most associated with the term include Katherine Hepburn and Eurythmics singer Annie Lennox—both of whom blur the lines between femininity and masculinity. Hepburn was known as “the woman who wore pants,” serving to popularize the fashion trend of female trousers at a time when it was still considered unladylike. The choice was more than just a “fashion statement,” as Time magazine’s Eliza Berman explains, it was a political one—a “symbol of stubborn independence and a declaration of modernity.”

Ryan Adams reimagines the best-settling pop album of the past year as a love letter to folk Americana, complete with ballads about long drives, bad girls, and the ones that got away.

In “Wildest Dreams,” however, Adams tentatively positions himself as “the man who wore a dress.” The inverted gender roles leave the meaning of lyrics like “standing in your nice dress, staring at the sunset” open to interpretation: Who is exactly wearing the garment—his ex or Adams himself?

This might seem like a ridiculous reading, but it was a theme powerfully explored in Francois Ozon’s recent French psychological drama The New Girlfriend—in which a bereaved widower, David, copes with his wife’s death by wearing her clothing. For David, her dress is a gateway drug to a greater realization: He is transgender. David then begins the slow process of living as a woman.

While Ryan Adams obviously didn’t intend on making a trans empowerment out of Swift’s current hit single, he doesn’t shy away from these complex gender dynamics either.

The choice is extremely reminiscent of the Magnetic Fields’ three-disc spanning masterpiece, 69 Love Songs, the gold standard of queering gender in pop music. Although the group has been dubbed as “gay synth-pop,” co-vocalist Claudia Gonson told the Advocate that they wanted want their songs to appeal to everyone: “When we started Magnetic Fields, we purposely had one lesbian, one gay guy, one straight woman, and one straight man. The audience could identify with whomever they wanted.”

On 69 Love Songs, the group achieves this goal by having Gonson and the band’s Stephen Merritt and Shirley Simms, as well as guest vocalists LD Beghtol and Dudley Klute, sing the album’s titular tracks to a variety of lovers—of varying genders and sexualities.

Merritt’s blissfully romantic “When My Boy Walks Down the Street” is delivered to a man, whereas Gonson and Merritt sings the darkly comic “Yeah! Oh, Yeah” to each other. The subject of “Reno Dakota,” which Gonson provides vocals on, could be either male or female. Shirley Simms’ “Come Back From San Francisco” appears to be addressed from a woman to a queer man.

In covering Taylor Swift, Ryan Adams achieves something similar to what the Magnetic Fields set out to do: By toying with the gender in 1989’s lyrics, Adams shines an added light on the universal themes of heartache, longing, and resilience at the core of Swift’s music.

As an artist who markets primarily to a young, female fanbase, it might be easy to dismiss Taylor Swift as “girl pop” instead of taking her work seriously. Mashing up gender doesn’t just bring out the best in both Swift and Adams—resulting in one of the best albums of their of their respective careers—it reminds us why we listen to love songs to begin with.