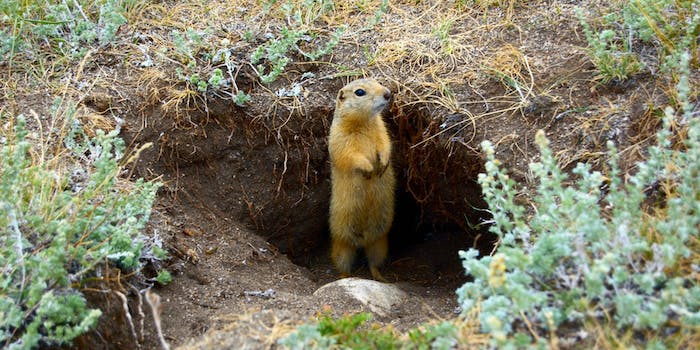 Who knows how long it was stuck before they came to help out.

One small ground squirrel got out of a sticky situation thanks to some rather astute drivers.

Captured on a dash cam, two young Russians stumbled upon a real-life Winnie the Pooh situation: A Suslik (or Суслик in Russian) got stuck trying to get out of a hole near Lake Baikal. Did it eat too much or just try burrowing out of a hole entirely too small? Who knows, but it ended up in quite the predicament.

Granted, these people could’ve easily just driven by, but they went ahead and tried to help. The squirrel doesn’t show them any gratitude, but the travelers probably scored some good karma anyway.