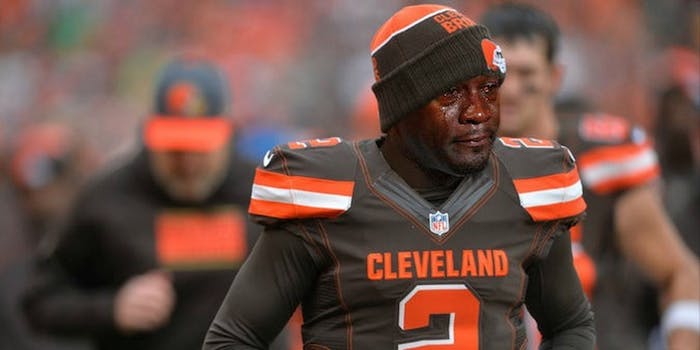 What’s with this Craigslist ad for a Russian-speaking meme expert?

Time to update your resume.

If you love the world of memes and you happen to speak Russian, we might have found the perfect job for you: a part-time gig as a meme expert.

Apparently that’s an actual thing—at least, according to this Craigslist listing.

But before you start polishing your resume, here are the requirements you must meet in order to land the job of your online dreams. 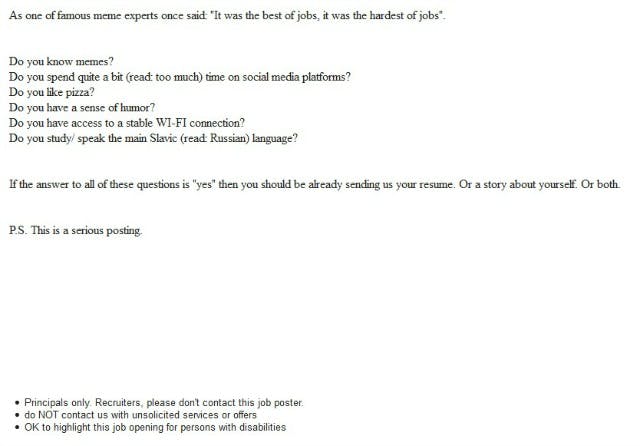 It’s unclear why the need to speak Russian is so important, especially since Russia banned memes that poked fun at celebrities and politicians in 2015, saying, “These ways of using [celebrities’ images] violate the laws governing personal data and harm the honor, dignity, and business of public figures.” (Perhaps some of these might have played a role in that decision.)

The Craigslist post appeared 17 days ago, but, assuming the poster wouldn’t leave up the advertisement if the right candidate had already been hired, there might still be time to grab this gig.

If you somehow don’t get the job, though, you can always turn to Michael Jordan for support. I hear he’s pretty good at starring in memes.