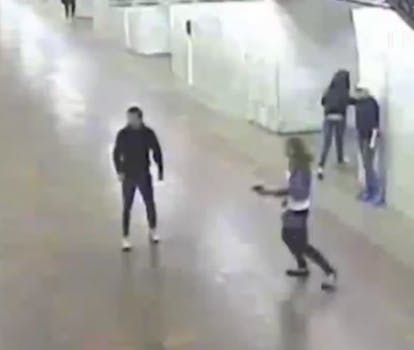 Russian skinhead subway shooting is not what it seems

A subway brawl, a blond triggerwoman, anti-fascist skinheads, and the strangest story you'll read from the Russian Internet this year.

Alexandra Lotkova, a 21-year-old Russian college student who moonlights as an anti-fascist street-fighting skinhead, has been sentenced to three years in prison for shooting two attackers with a non-lethal gun in the Moscow metro.

It sounds like the beginning of a slavic Stieg Larsson thriller. But the story gets weirder, thanks to the entrenched political tribalism of the Russian Internet.

Here’s what we know: Late in the evening on May 26, 2012, Lotkova and a group of friends got into a brawl with a another group on a Moscow metro platform. Someone flashed a knife. Lotkova pulled a non-lethal gun from her bag and fired four times. When it was over, two of the attackers were wounded—one lay in a heap on the ground, his lung pierced. 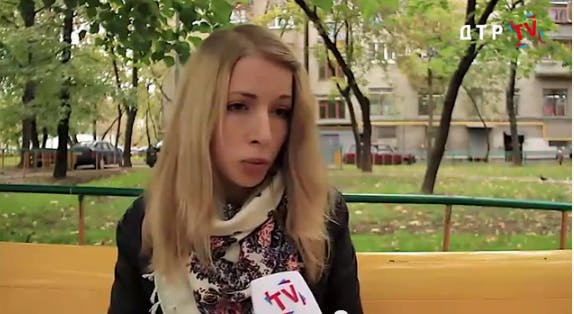 On March 20, the Russian judicial system hammered Lotkova with a three-year prison sentence—a particularly harsh ruling in a case that seems a clear-cut act of self defense. Since then, gun rights advocates have taken up Lotkova as a kind of cause celebre.

So have Russian nationalist bloggers, who see the whole case as an embodiment of their paranoid fears that Russia’s minority groups are taking over the country.  One of Lotkova’s attackers had a Tatar last name, and so did two of the police handling the case. Clearly the system is conspiring against white ethnic Russians!

An image meme circulated in nationalist circles online, showing an angelic Lotkova (“criminal” reads the caption under her name) juxtaposed with one of the men she shot, who looks comically thuggish (“victim,” reads that sarcastic caption). 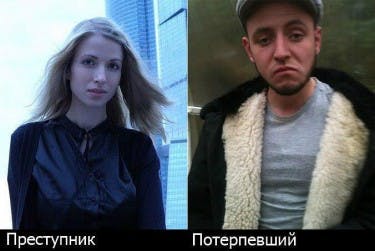 Outraged nationalist posts about the Lotkova have been shared tens of thousands of times on Facebook. On March 23, online protests apparently went offline with a rally to support Lotkova.

But as Global Voices points out, the case is not as clear cut as it seems.

Lotkova claimed her attackers wielded a knife, but none was found at the scene. She was apparently the only one armed. And leaked security footage shows her standing at a distance as she fires, suggesting she was personally never in any physical danger.

Meanwhile, Russian nationalists might want to rethink their adoring support of Latkova. Word has surfaced she and the rest of her group are members of an anti-fascist skinhead faction who “use street tactics to combat racism and Nazism and… are no strangers to a fight,” according to Global Voices.

And in a final, delicious twist, the men Lotkova shot are apparently members of the exact same anti-fascist skinhead she is. What on Earth was going on? According to Global Voices, president Vladimir’s Putin’s human rights council has taken up the case. Good luck trying to make sense of this mess, Mr. Putin.