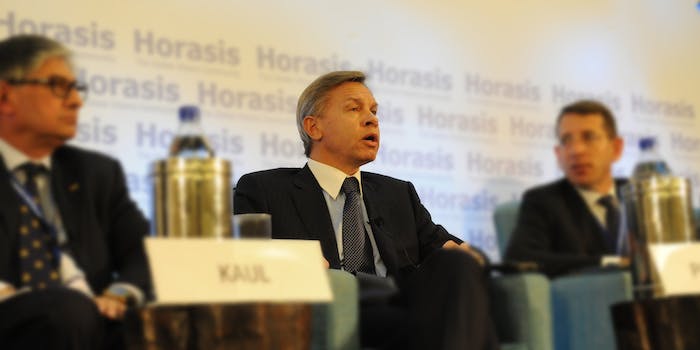 Either the head of the Russian Foreign Affairs Committee knows something about Edward Snowden that we don’t, or he’s stunningly terrible at Twitter.

On Tuesday, Alexey Pushkov, Chair of the State Duma’s Foreign Affairs Committee, tweeted what seemed to be the next logical step in the saga of Snowden, the NSA whistleblower who’s stuck in a Moscow airport without a country and has been negotiating an asylum deal with Venezuela.

Translated by Jon Williams, foreign editor at ABC News, Pushkov’s tweet read: “As might be expected, Snowden agreed to proposal of [Venezuelan] President Maduro. Apparently, this option seemed most reliable.”

The tweet prompted news stories that Snowden’s move to Venezuela was official. But Pushkov soon deleted that tweet, and replaced it with one that distanced himself from direct knowledge of the situation.

His followup tweet claimed that he had heard that “with reference to Maduro, Snowden accepted his offer of asylum,” but that information was contained in the 8:00 broadcast from the Russian news outlet Rossiya 24. (Translated via Google Translate.)

That, in turn, prompted a round of news stories, with several western outlets seemingly unsure if Rossiya 24 was a reliable source.

However, Rossiya 24 has since refuted Pushkov’s claims. It indeed did air a special on Snowden, but not one that contained any new information.

“The essence of [the broadcast] was not that controversial ex-CIA agent decided to go to Venezuela, but the fact that Nicolas Maduro received from Edward Snowden’s official request to grant him political asylum,” according to a story on Rossiya 24’s site. That development—that Snowden’s forms had come in—broke the day before.

It’s unclear if Pushkov accidentally leaked information that wasn’t yet public, or if he, despite his rank, was haphazardly tweeting about world affairs.

However, his opinion that Snowden should take up Maduro’s offer isn’t new. According to Russian reports, on Saturday, Pushkov announced that the “best solution” for Snowden would be to head to Venezuela.