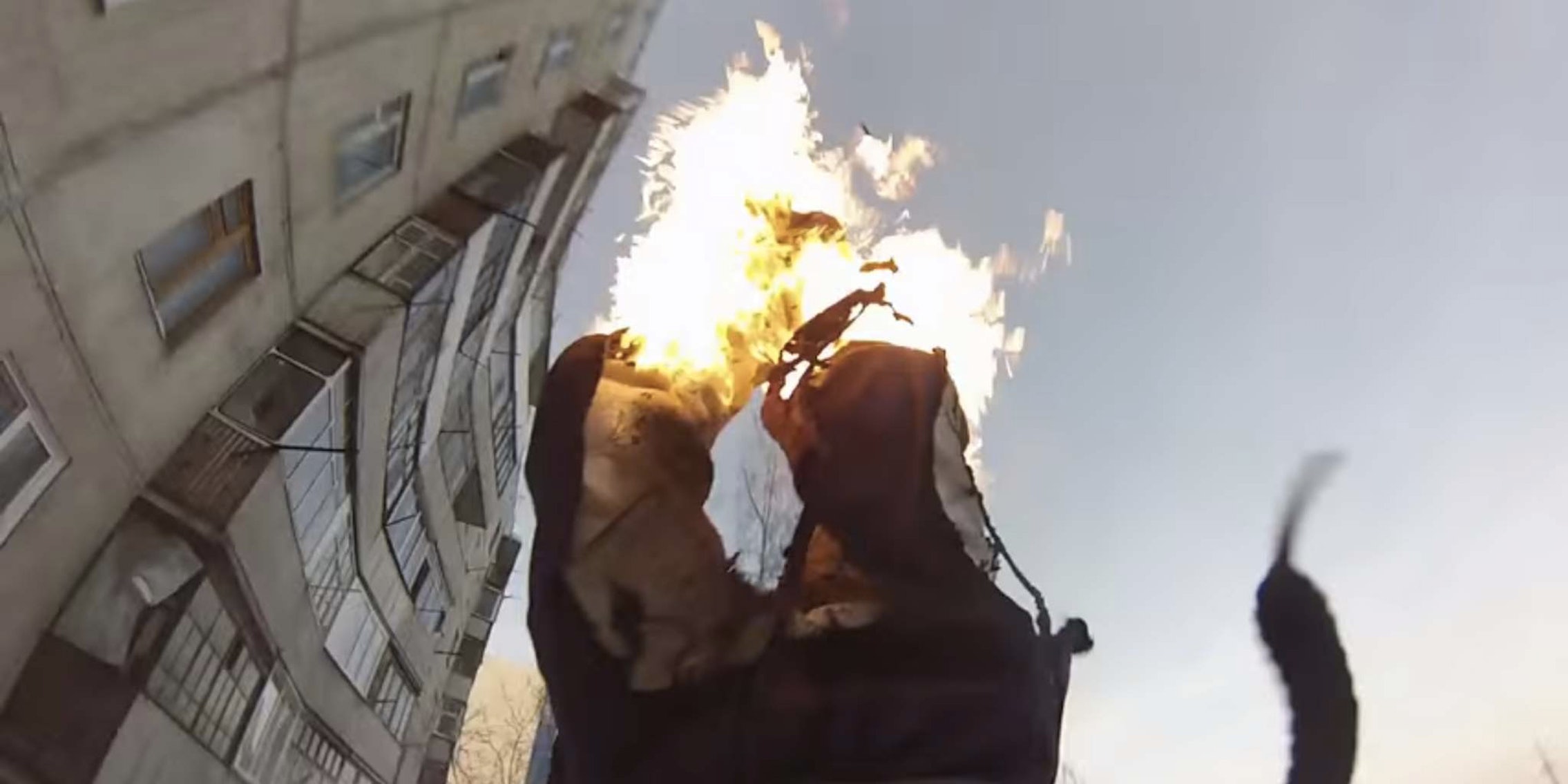 Don't try this at home. Heck, don't try it in Russia, either.

Don’t ask why this guy did what he did; ask how on earth he survived it. For a guy who literally lights himself on fire and jumps off a 90-foot-tall roof to land in a snowbank, he seems to be reasonably OK at the end.

He, of course, was later arrested for the dangerous act, but only after winning the applause of the small crowd who’d formed to watch his stunt. Oh, Russia.

And the madness captured by the stuntman’s own camera:

You can watch the whole video from his perspective here.