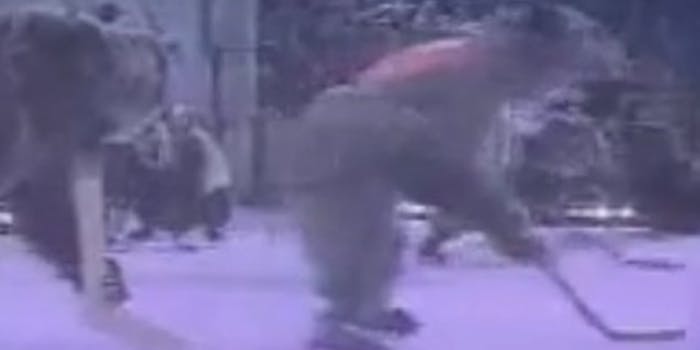 No, it is not a Soviet plot.

A 2:10 video showing just that has resurfaced again on the Internet, for the third time since 2008. Is it CGI?

Russian bears have been playing ice hockey, as they’ve been trained to do in various circuses, since 1962.

Circus bears, besides being trained to balance on balls or glide on roller skates, have also been taught to play basketball, drive vehicles, and play musical instruments.

According to PBS, some researchers believe certain bear species, like the North American brown bear known as the Grizzly “possess self-awareness.” Researchers arrived at this conclusion “as there have been accounts of grizzly bears covering their tracks or concealing themselves from hunters with rocks and trees.”

No wonder Stephen Colbert is so terrified of these intelligent creatures.