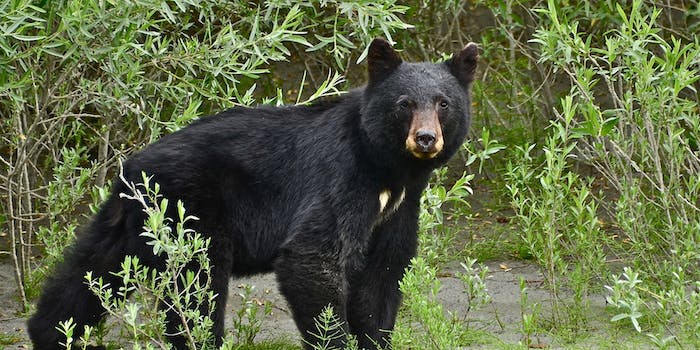 This is a Russian bear playing hockey

This is a bear that plays hockey, pretty basic.

A Russian circus bear took to the ice during the intermission of a Russian hockey game this year and dazzled the crowd with dexterous stick handling, expert skating, and overall cuddliness. It’s unclear when the game took place, but the clip debuted this week.

This isn’t the first time we’ve seen skating, hockey-playing bears—in fact in 2009, the New York Times asked the question “if bears play it, how hard can [hockey] be?” But this is the best hockey-playing bear ever. Such speed, such skill. This is the Sidney Crosby of bears. By the looks of it, the fans agreed, though they were probably just impressed he wasn’t mauling everyone there. If you’re willing to overlook the questionable ethics surrounding circus animals, the whole thing was kind of entertaining.

NHL intermissions can be pretty bad and cable ratings for the league are suffering in general but its live attendance numbers are doing even better than the NBA’s. Adding a little more creativity to its intermissions could help those numbers even more.

Photo via Linda Tanner/Flickr (CC BY 2.0)