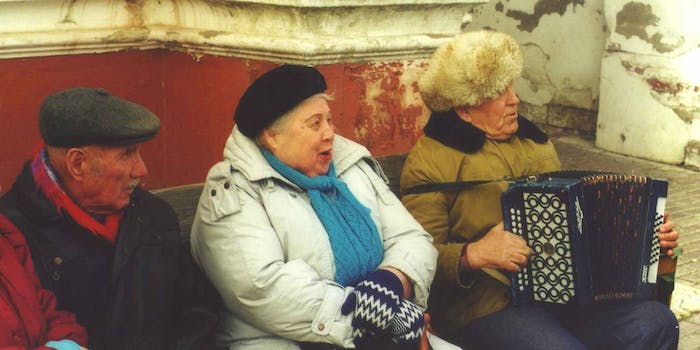 A new bill would allow copyright holders to take down websites that don't respond to their requests within 3 days.

Russia, not content with mistakenly blacklisting its own version of Facebook and banning the very mention of gays online, wants to make it even easier to take sites offline.

The State Duma passed the first reading of a new anti-piracy bill Friday. According to Russia Today, that bill would allow a copyright holder to demand a website take down infringing material; if that site doesn’t comply within three days, it will be blocked in Russia until the case goes to court.

The idea of letting copyright holders take down websites before proving infringement in court will be familiar to American Internet users, as that was the basis of the Stop Online Piracy Act (SOPA). SOPA was shelved in January 2012 after a mass Internet strike convinced lawmakers to renege on their support. But Russia’s not quite so receptive to that kind of activism: Despite a similar online protest in July 2012, it passed a controversial blacklist bill that allows a government agency to keep users from seeing “offensive” content. As one might imagine, this had led to a number of sites getting mistakenly censored.

Major Russian Internet companies like Mail.Ru and Yandex have suggested the bill be tempered to make the copyright holder infringement in court before a website gets blocked, RT reported.

It added that one of the bill’s sponsors, Robert Shlegel, admitted that such companies’ concerns weren’t considered during the bill’s creation. Viktor Pinsky, head of the Duma’s Committee for Criminal Law, said he expected the house to approve the bill sometime next week.