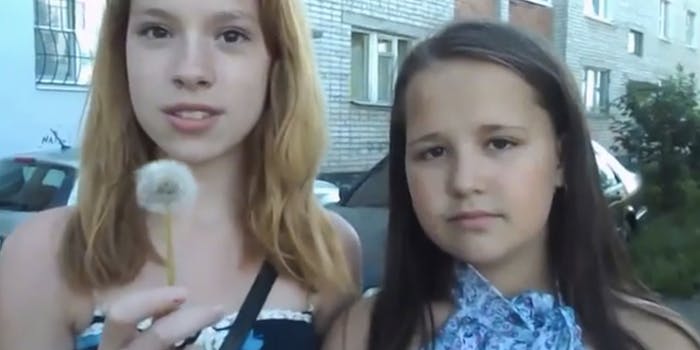 To blow the fuzz off a dandelion is one of life’s most innocent pleasures—or was. Thanks to a six-second YouTube video out of Russia, thousands have learned how to execute a diabolical prank once known to just a few twisted individuals. All sympathies lie with the mark here:

As of this report, it’s unclear whether the dandelion’s seeds have taken root in the victim’s stomach lining. We’ll update with any botanical developments that may arise.