Russia bans memes that make fun of celebrities and politicians

Russia has banned memes portraying public figures in a way that mocks their personalities.

What’s the point in having fame and power if you can’t use it to stop people from laughing at you?

“These ways of using [celebrities’ images] violate the laws governing personal data and harm the honor, dignity, and business of public figures,” the announcement, which was picked up by the Washington Post from Russian media, reads.

The policy goes on to ban any meme of a public figure that “has no relation to [the public figure’s] personality” as well as parody accounts and websites. Roskomnadzor has the power to file claims in court against, which can reportedly force website owners to block the offending content themselves or have their entire site blocked for them.

The policy announcement from the Roskomnadzor was published to popular Russian social media site Vkontakte as a clarification of an existing law after a Moscow judge made a ruling Tuesday in favor of Russian singer Valeri Syutkin, who sued Lurkmore, an online encyclopedia, for propagating a meme that he found distasteful (and which deeply offended his mother).

A little background: Valeri Syutkin is described as the Russian Burt Bacharach, a wholesome crooner with a reputation for being well-liked by women (a more contemporary reference might be Michael Buble).

The whole debacle traces back to Nambavan (Number One), a Russian band that released “Glamurnaya Diskoteka (Bei Babu Po Yebalu)” on their 2005 album Sex, Drugs, and Russian Girls.

Roughly translated, the title means “Glamorous Discoteque (Smack The Bitch In The Face)”—sometimes translated as “Smack The Bitch Up,” not to be confused with English electronic music group Prodigy’s 1997 track “Smack My Bitch Up.”

In 2008, users on the Russian imageboard 2ch.ru—think Russian 4Chan or Reddit—began posting links to the video as a way of insulting each other. This was eventually truncated into the initials BBPE (short for “bei babu po yebalu” or “smack the bitch up”).

Then some Internet comedy genius went and made an image macro overlaying the popular abbreviation onto a photo of everyone’s favorite saccharine singer, Syutkin, to achieve comedic effect in the ironic juxtaposition of a wholesome figure with a violent or misogynistic message.

The Russian version wouldn’t make sense, so here’s an example of something that might hit closer to home: 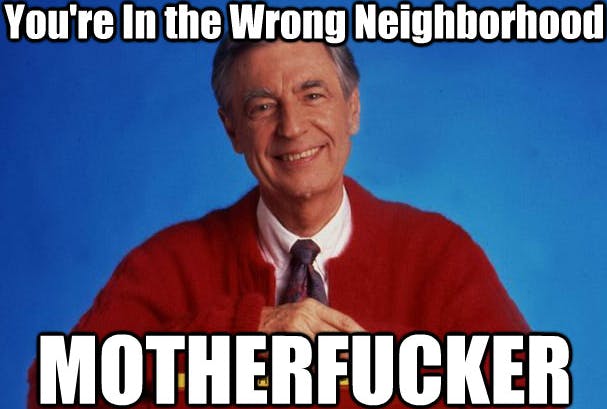 The ironic humor image macro meme went viral—so popular that “Syutkinism” became a euphemism for domestic violence—and eventually found its way to Syutkin’s mother, who was not amused. She was so deeply offended that the singer took the issue to court (just in time to boost sales of his latest album).

“I know I’m not alone here,” Syutkin told the newspaper Izvestia. “I want to help instill some order on the RuNet, so personal data is used with respect.”

The implications of the precedent set by the Roskomnadzor’s announcement are chilling. Think of all the shirtless Putin pictures our Russian comrades will miss out on!

U.S. First Amendment laws protecting the right to parody are what allow for some of our greatest political comedy and that humor helps inform and affect public opinion. It contributes to our country’s political discourse and helps shape the dialogue and debate around issues and elections.

Banning parody is not only a sure-fire way to censor critics of an oppressive regime, it’s a way to keep the people from playfully pushing back against the existing power structure. When people can’t poke fun at public and political figures—well, then you get this guy: 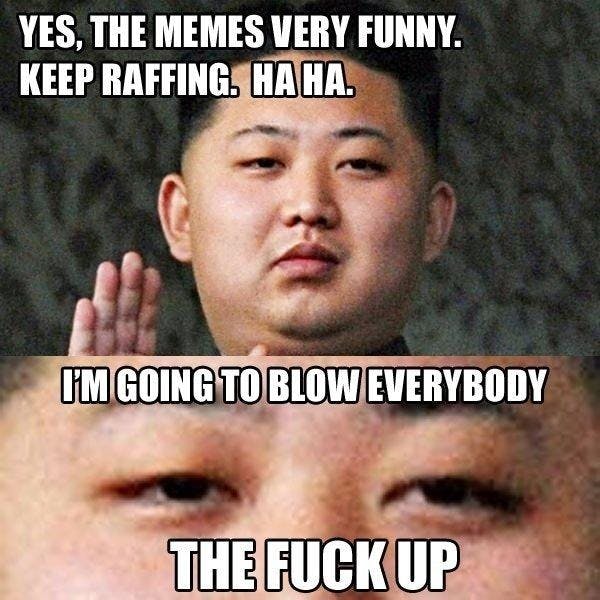 This isn’t Russia’s first foray into sweeping censorship laws. Earlier this year, the Kremlin gave Roskomnadzor the authority to summarily block websites without explanation—the sites of outspoken Putin critics were the first to be black-bagged.