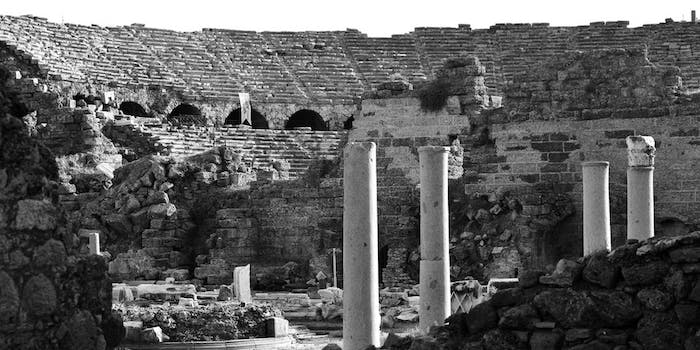 "Ruined by Its Fans" calculates how much everything is being dragged down by awful, no-good supporters.

Every true obsessive, no matter if their fixation is Mad Men or ultimate frisbee, has had the feeling: Of all the people who like the thing I like, I’m the only one who really gets it. Everyone else? They’re liking it wrong.

It’s easy to see why a Kanye West devotee might be appalled at obnoxious fellow concert-goers, or how a connoisseur of artisanal cheese could be turned off by yuppie dilettantes in their favorite shop. But we’ve never had any way to qualify this unease, even unscientifically. Until now.

A year and a half ago, writers and designers Joe Bernardi, David Cole, and Tag Savage pooled their intellectual resources to establish a metric by which the effect of awful fans on varying items could be seen. The result, a no-nonsense website called Ruined by Its Fans, is a masterpiece of methodical, bulletproof consensus.

In the words of PBS Idea Channel’s Mike Rugnetta, it may be “the most accurate data the Internet has ever produced.” It phrases the central problem very succinctly: “Lots of disagreeable people like things that might otherwise be pretty cool.” How can we separate the quality of stuff itself from the quality of person drawn to it?

One of the side effects here, in looking at the top-notch material, from Stanley Kubrick to Arrested Development, is a persistent curiosity about how annoying a fan you yourself may be. On the other end of the spectrum, you have already sub-par entertainment like Tool and Family Guy racking up astronomical damage points with their truly insufferable acolytes.

Bernardi explained to the Daily Dot that the list was originally bifurcated: “A list of good things made worse by their fans, and another list of already-bad things made worse by their fans.” For months, the data languished, and it was essentially on a whim that it was finally released to the masses. By then, the math was simplified, though certain glitches remain—chalk it up to the subjective nature of aesthetic pleasure.

Most interesting, of course, are the names of a-bit-above-average greatness, and how they fare when their diehard followers are factored in. Werner Herzog, at a respectable 7.83 average quality, suffers a slim 29.76% “Degree of Ruin,” while fellow director Wes Anderson, comparable at 7.17, is dragged down by fans boasting 9.0 awfulness, for 125.52 percent ruination. Ouch.

It’s a stellar list of terms and ideas, encompassing everything from St. Patrick’s Day to cupcakes and Ralph Wiggum and “Europe.” Is there anything else the designers wish they’d thought of, or might add later? Bernardi told us the two best suggestions he’s heard so far: “Nutella and Jesus Christ.”