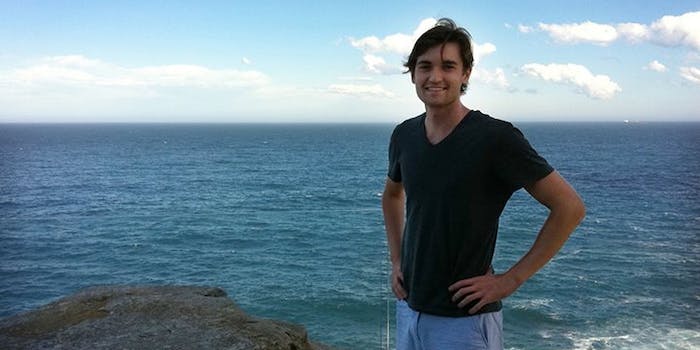 In an interview recently posted to YouTube, Lyn Ulbricht, Ross’s mother, describes the tough time she’s had raising money for her son’s legal defense fund.  It’s been “very slow,” Lyn Ulbricht says. “We are way behind.”

“Another misconception is that Ross is rich,” Lyn said in a recent interview conducted during SXSW.” Ross has nothing, he’s completely dependent on his parents to put money in his commissary. We are not rich people.”

Lyn says the money will go towards putting forward the best defense possible including the best forensics available “to analyze this complex and difficult data.”

“This will be a precedent setting case,” she said. “The future of Bitcoin, Internet privacy, Internet freedom, tor, encryption, Internet commerce…is at stake.”

Arrested in Oct. 2013, Ulbricht faces charges that he conspired to traffic narcotics, engage in money laundering, and ran a “continuing criminal enterprise,” a charge often levelled against heads of organized crime cartels. He’s also been hit with murder-for-hire charges, which Ulbricht’s family called “the most sensationalist and damning allegation.” Those were noticeably absent at a recent arraignment, mentioned only as an aside in the drug conspiracy charge.

The fund, which was launched shortly after the arrest was made, has yet to catch on despite many of Dread Pirate Roberts’ old supporters likely being wealthy from their trade on Silk Road. One of the major reason Ulbricht has been shunned by a significant portion of the Deep Web and Bitcoin communities is the murder allegation that hangs over him. If that charge truly disappears, is it too late to repair an already damaged image?

“It doesn’t have to be a lot,” Ulbricht’s mother said, asking for more donations. “If a lot of people gave a little, it’d make a difference.”