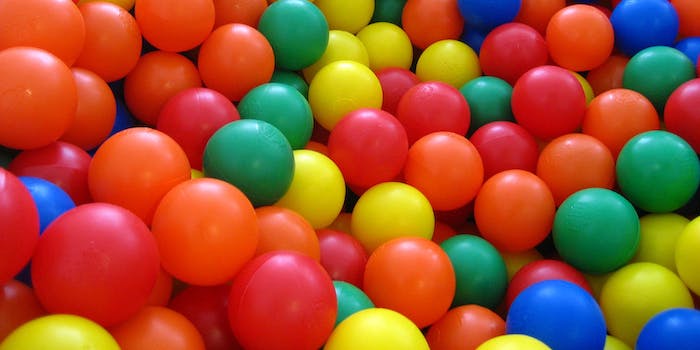 Prankster turns his house into a giant ball pit

As much as we dreamed about turning our homes into a giant ball pit, realistically it probably won’t ever happen. Instead, we’ll have to live vicariously through Atwood, who ended up pranking his girlfriend Brittney Smith by filling the house they share with those plastic balls you’d find in a ball pit. And it’s basically the sort of heavenly experience you’d expect (hopefully minus the germs usually found in them).

And yes, jumping off the second floor onto a trampoline looks like a horrendous idea but we’d still want to do it anyway.

She’s been victim to his pranking ways many times before, but even she can’t stay mad for long with this one.