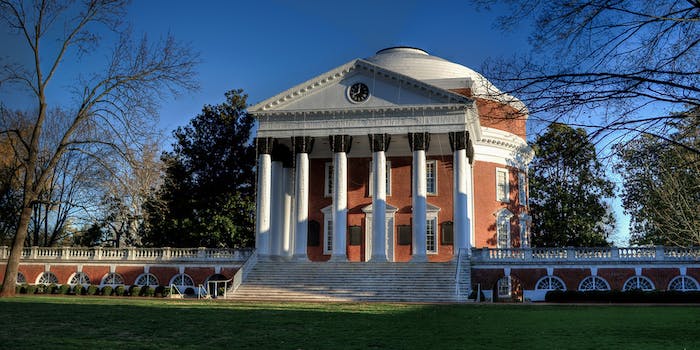 The magazine continues to fail survivors.

On Sunday, the Columbia Journalism Review released its report on Rolling Stone’s infamous article, “A Rape on Campus,” about the alleged gang rape of “Jackie,” a student at the University of Virginia. Published in November 2014, the article quickly provoked critics who claimed that some of the details about the incident just didn’t line up.

The Columbia report extensively details the journalistic “failure” of the now-retracted piece, and many are assuming, as usual, that this means that the survivor lied:

Rolling Stone Magazine needs a lie detector in their offices.

Meanwhile, the leadership of Rolling Stone is still blaming Jackie for their failure in ways both subtle and not. According to the New York Times, the magazine’s publisher, Jann S. Wenner, was quite clear about where the blame should go:

The problems with the article started with its source, Mr. Wenner said. He described her as “a really expert fabulist storyteller” who managed to manipulate the magazine’s journalism process. When asked to clarify, he said that he was not trying to blame Jackie, “but obviously there is something here that is untruthful, and something sits at her doorstep.”

Although it is possible that Jackie lied, it is unlikely for reasons that I discussed back when the original article was first being put through the online wringer. The errors she made in telling her story are completely consistent with the neurobiology of trauma. There is no evidence that Jackie is an “expert fabulist storyteller,” and you’d think this whole scandal would have taught Wenner not to make public statements without evidence.

But not everyone sees Jackie as the scapegoat. Steve Coll, Dean of the Columbia Graduate School of Journalism, said in a press conference, “We do disagree with any suggestion that this was Jackie’s fault. As a matter of journalism, this was a failure of methodology.”

Why is Rolling Stone still blaming Jackie, even though the Columbia report documents the magazine’s errors in 13,000 meticulous words? Probably because it’s easy to do. Much of the public already seems to believe that Jackie lied, and many of them seem to believe that she lied intentionally. The thought process is that, sure, the writer and editor could’ve been more careful (and to their credit, Rolling Stone has acknowledged that), but lying is bad and it’s the liar’s fault, so that’s where the blame should really go.

Despite acknowledging their missteps, the Rolling Stone staff doesn’t seem to be planning on making any changes in the wake of this massive journalistic failure. Will Dana, the editor of the retracted article, says in the Columbia report, “It’s not like I think we need to overhaul our process, and I don’t think we need to necessarily institute a lot of new ways of doing things. We just have to do what we’ve always done and just make sure we don’t make this mistake again.” But the report claims that “better and clearer policies about reporting practices, pseudonyms and attribution might well have prevented the magazine’s errors.”

Especially controversial is the fact that Rolling Stone won’t be firing anyone involved in the debacle. In an interview with the Columbia Journalism Review, Jill Geisner says that Rolling Stone’s mistakes were very serious and that firing the staff involved might be a good idea: “Firings send a message that certain behavior is unacceptable. I don’t advocate them for public relations purposes, but rather to rebuild a team and restore trust.”

Whether or not anyone at Rolling Stone is fired over this, though, it’s crucial that journalists and editors understand that it is their responsibility, not that of their sources, to ensure accuracy and fairness in reporting. Although Jackie probably did not lie, and the inconsistencies in her story can better be explained by fairly simple neurobiology, the fact is that people do lie sometimes. Some people lie pretty often. Politicians, whom journalists frequently write about and interview, lie quite a bit. People who have committed a crime also tend to lie when asked if they did it.

Moreover, people often misremember or forget things, even when their brains aren’t operating in trauma mode. As someone who often winds up in discussions about science and research with friends, I have often watched a trusted and knowledgeable person confidently tell me something that is absolutely false, and when I presented them with evidence that it was false, they were genuinely confused as to how they could’ve believed such a false thing. The reason is that our brains just aren’t made to retain lots facts and details accurately. Our modern systems of criminal justice, journalism, and other practices that require precise recitation of facts were not designed with this in mind.

A good journalist knows this, which is why the saying “Trust, but verify” exists. The Rolling Stone staff have been misdirecting blame onto Jackie by claiming that it was the sensitivity of her situation that caused them to abandon their journalistic training, but it is when situations are sensitive that these principles are especially important.

I don’t think they should’ve interrogated Jackie or accused her of lying; I think they should’ve quietly killed the story when it became clear that it wouldn’t be possible to verify the details of it and waited until their next chance to write a brilliant and important piece about sexual assault. Instead, they wrote a piece that had to be retracted and became a laughingstock, one that made it even harder for survivors to come forward because now they’re even less likely to be believed.

The Columbia report provides some useful suggestions for journalists who cover sexual assault: For instance, being upfront and transparent with sources about what the reporting process entails (such as independent verification). The report concludes that it is important for publications to cover this important issue and that “the pattern of [Rolling Stone’s] failure draws a map of how to do better.”

But besides that, we must all learn to see sexual assault as part of a vast system of interconnected beliefs, attitudes, and practices that pervades our society far beyond the college campus. Focusing on the most egregious stories—the ones that go viral and the ones that feature the most sympathetic victims—will inevitably produce a few stories that cannot be completely verified, and maybe even a few that turn out to actually be false.

It is these latter stories that will become the most visible. After all, in our culture, lying about rape—or failing to provide acceptable evidence for one’s rape, which is seen as equivalent to lying—seems to be more controversial than raping someone.

Photos via BobMical/Flickr (CC BY 2.0)