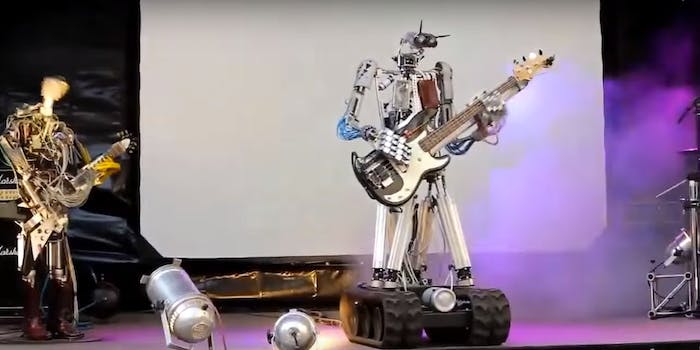 Robots form a rock band to live out their dreams

One day, robots may become self-aware. But first, they’re taking over the stage.

This is a metal jam session of a different nature, and every one of the metal jammers is on point. They bop their heads to the beat, move around, and keep tabs on one another as they perform, and they actually sound great doing it. The audience clearly thinks so, too.

So now we have one question: when will they release their first album?